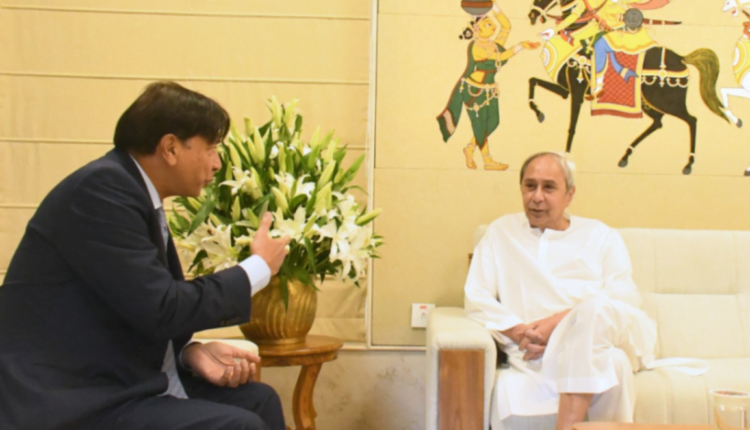 Thursday (March 4): Chief Minister Naveen Patnaik tweets about the Odisha government inking a deal with ArcelorMittal Nippon Steel India for a 12 mtpa integrated steel plant in Kendrapada district. The steel major has proposed an investment of Rs 50,000 crore for the mega project.

Friday (March 5): Union Minister of Steel and PNG Dharmendra Pradhan says the mega steel plant in Kendrapada will bring a new wave of economic development and employment generation in Odisha and will give a boost to Prime Minister Narendra Modi’s vision of Purvodaya and Aatmanirbhar Bharat.

Bhubaneswar: Odisha’s poor record to turn big-ticket investment proposals into reality and land hurdles in setting up greenfield steel plants in India in recent times have industry watchers express apprehensions about the fate of this proposed project too.

Will the expression of intent materialise on the ground?

No Clarity On Land Acquisition

In a statement, the Odisha government assured the steel major of every support and facility for the setting up of this mega project. However, there is no mention of land acquisition. The unit requires an estimated 4,000-acre land.

Incidentally, ArcelorMittal hasn’t issued any statement on the MoU so far.

More than a decade ago, the world’s largest steelmaker had announced to build a similar capacity plant in Odisha’s Keonjhar, but pulled out of it 2013, citing problems in land acquisition and raw material linkage.

The announcement for the new project came almost a year after ArcelorMittal chairman and chief executive officer Lakshmi N Mittal in a video call with Chief Minister Naveen Patnaik assured that the company would soon invest around Rs 2,000 crore in Odisha.

The Rs 2,000 crore was a part of the first tranche of the company’s overall investment in Odisha. It was to be used mainly for augmenting the capacity of the erstwhile Essar Steel’s pellet plant at Paradip and beneficiation plant at Dabuna in Keonjhar, besides development of mines.

Having bought Essar Steel India Ltd’s assets in 2019 and bagged two iron ore mines, Thakurani and Ghoraburhani-Sagasahi, through the auction route, the company’s Odisha plans for Mahakalapada seem to hold water this time round.

It also has locational advantage as Kendrapada is well-connected by highways and supported by the Haridaspur-Paradip rail line and the proposed riverine port, besides availability of water and power. The Paradip port, which is being upgraded with world class facilities, could also give a major fillip to the proposed steel mill.

The slump in the steel market, following which the company had reportedly lost interest in its Jharkhand project, is also a thing of the past. The metal is growing stronger in Europe and China markets, signalling a further scope for gains.

The onus is now on the more investment-friendly Odisha government to help the company acquire the required land and give shape to the proposed plan.

After the earlier ArcelorMittal, Posco and Vedanta debacles, there is a chance for the state to project itself as the one of the most favoured business destinations globally.