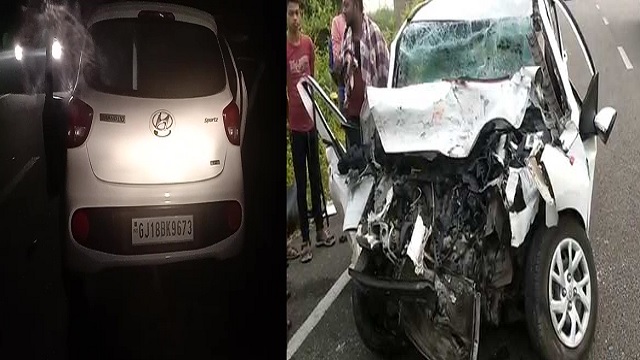 Khurda: Three persons died when a car collided head-on with a truck on National Highway 57 near Panchukota in Bolagarh block of Odisha’s Khurda district in the early hours of Wednesday.

According to sources, the car with a Gujarat number plate was en route to Nayagarh from Bhubaneswar.

Besides the three deceased persons, another person sustained critical injuries in the accident.

Preliminary investigation suggested that all three were residents of Gandhinagar, Gujarat, and were returning from Puri as Lord Jagannath’s prasad was found in the car. However, their identity is yet to be ascertained.

On being informed, Bolagarh Police arrived at the spot and recovered the bodies. The injured person and the bodies were sent to the district headquarters hospital.

The cops have seized both vehicles and initiated a probe into the incident.