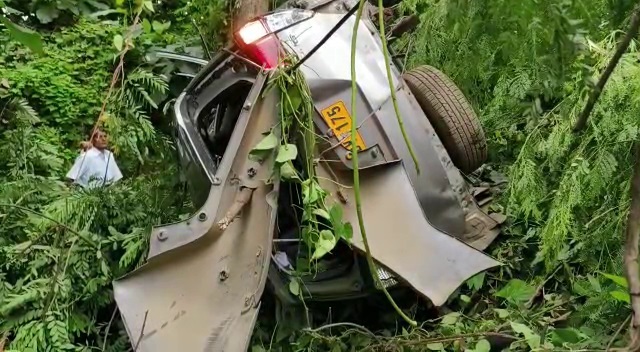 Rajgangpur: One person died while another was critically injured after their car skidded off the Biju Expressway in Odisha’s Sundargarh district and plunged several feet below.

The car was enroute to Rourkela from Sundargarh. The vehicle hit a tree after the driver lost control, left the expressway and plunged several feet below.

Rajgangpur police reached the site and rushed the injured to the Rourkela Government Hospital.

The deceased is yet to be identified. His body has been kept at the Rajgangpur Community Health Centre.

Is Google Down? Thousands Of Users Report Outage