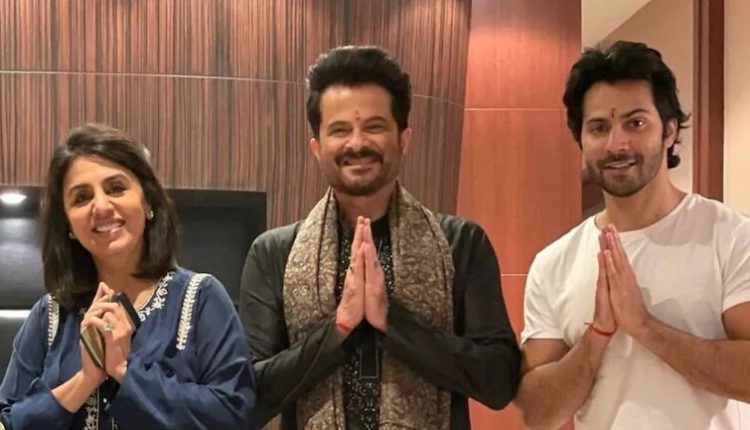 Mumbai: Neetu Kapoor, and Varun Dhawan tested positive for the novel coronavirus while shooting for Raj Mehta’s ‘Jug Jugg Jeeyo‘. The film also stars Anil Kapoor and Kiara Advani, both of whom tested negative for COVID-19. The shooting of the film has now been halted till the actors recover, India Today reported.

The actress had shared a picture before boarding the flight to Chandigarh. She thanked her husband, late actor Rishi Kapoor, for encouraging her to do this.

Neetu Kapoor wrote, “My first flight, in these scary times !! Nervousss for this journey !! While Kapoor Sahab, you aren’t here holding my hand, I know you are with me .. #RnR thank you for encouraging me to do this..#jugjuggjeeyo P.S. – We are all Covid tested and safe, hence removed mask while taking picture.

How Neetu Kapoor Missed Rishi Kapoor On Their 41st Wedding…

Are Varun Dhawan & Natasha Dalal Getting Married On…