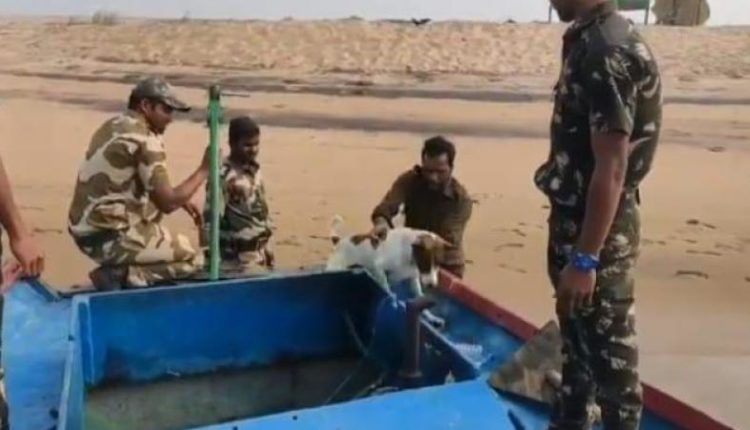 Berhampur: A dog cast away to an island near Purunabandha village in Odisha’s Ganjam district during the very severe cyclonic storm Yaas has been rescued by forest officials.

The island was reportedly formed overnight at the Ruskhikulya river mouth during the cyclone, which hit Odisha coast on May 26.

According to Berhampur forest division sources, the dog could have landed on the island after being swept away by high tides during the storm. Forest personnel spotted it while patrolling the area for the protection of the rare species of Olive Ridleys along the coastline.

A motorboat was arranged to get the stranded canine off the temporary island.

Praising his team, Divisional Forest Officer A Nayak told TNIE that they have set an example by rescuing the animal.