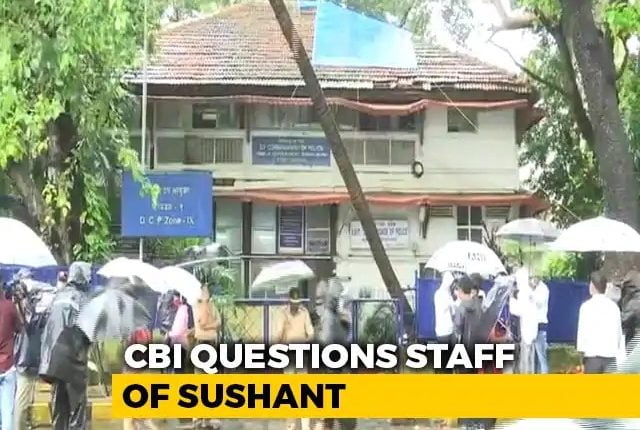 The cook was present at the flat when the actor was allegedly found hanging in his bedroom on June 14.

Neeraj had earlier told Republic TV that the health of Sushant had deteriorated months before his death. He had also narrated every detail of the events before his death in an interaction with the television channel.

“I had been working with him for 1.5 years. On the day of the incident, we were four people in the house. Sir asked me for a glass of cold water. This was my last meeting with him around 8-8.15 am in the morning,” he was quoted as saying by Republic TV.

Sushant has also asked for a banana, some juice and coconut water, he had said, adding that he did respond to repeated knocks on the door later. Following which, a key marker was called in to open the door.

“Then we went into the room Sidharth, Deepesh then me. Sidharth jumped back, we saw him hanging from the fan,” he had added.

The ANI, however, reported that the CBI had brought an unidentified person for questioning in connection with the death of the actor to the airforce transit facility in Santacruz area.