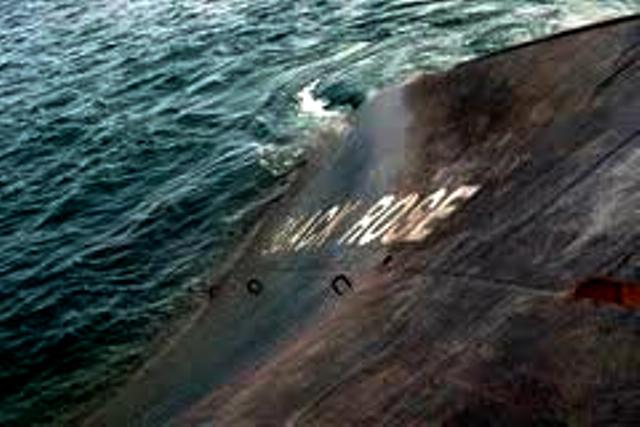 Bhubaneswar: The Ministry of Shipping on Monday ordered a CBI probe into the sinking of the MV Black Rose, the iron ore-loaded cargo ship of Mongolia, in the Bay of Bengal off the Paradip coast on September 9, 2009.

Ukrainian chief engineer Oleksander Ilyushchenko was killed and some crew members were injured in the mishap.

It may be mentioned that Pratap Kumar Mishra and Bhuban Mohan Jena, trustees of the Paradip Port Trust (PPT), in a letter to the PPT chairman on July 29, 2016, had requested him for a CBI probe into the incident. Later on September 9, Jena had forwarded the same request to the PPT chairman again.

The PPT Board, after a meeting, had referred the letter to the Ministry of Shipping.

On January 31 this year, Pratap Mishra had requested Union Petroleum and Natural Gas minister Dharmendra Pradhan for a CBI probe.

On receipt of the letter, Dharmendra on February 1 had written to the Ministry of Shipping in this regard to which the latter had directed the CBI director for a thorough probe into the incident.

The ill-fated Mongolian cargo ship, carrying 23,847 MT of iron ore and 924 tonnes of furnace oil and 48 tonnes of diesel, had sunk about three nautical miles off the Paradip coast at around 6 pm.

It Was Painful To See His Face Again After 22 Years: Anjana…