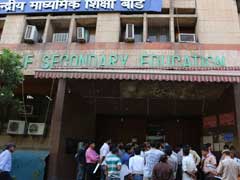 “I had urged the Union Human Resources Development (HRD) Minister to initiate urgent steps to resolve the issue,” Naveen said. He assured the students and their parents of justice.

Acting upon the CM’s letter, the HRD Minister deputed two senior CBSE officials to look into the matter.

Meanwhile, members of Odisha Student Leaders’ Forum have lodged a written complaint at Khandagiri police station and demanded a high-level probe into the fiasco.

A day after the CBSE class XII results were released, students and their guardians had staged a massive protest before the CBSE regional office at Saheed Nagar, alleging that evaluation of the answer sheets have been faulty.

Like Japan, India May Have To Think Of A Minister for…