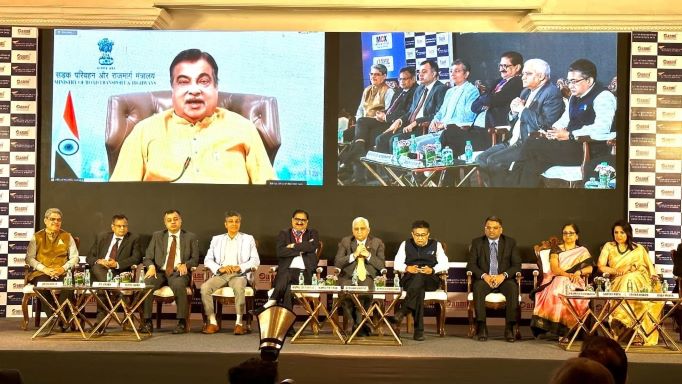 Mumbai: The Ministry of Road Transports and Highways is planning to take over state highways with high-traffic density from the state governments for a period of 25 years.

Those state highways will be converted into 4-lane or 6-lane highways, from which the Central government will collect toll, Union Road Transport and Highways Minister Nitin Gadkari said on Saturday.

“After a period of 12-13 years, the investments will be fully recovered from those state highways along with interests and land acquisition costs,” Gadkari stated during a virtual address at Association Of National Exchanges Members Of India’s (ANMI) 12th International Convention held in Mumbai on Saturday.

“The financial markets need to come up with innovative models to fund India’s Infrastructure growth. We are inviting investments in the PPP model. We can export energy to the world if we channel our investments to waste management, green hydrogen, solar, and several such projects. Innovation, Entrepreneurship, Science, and Technology is the wealth of future India,” Gadkari stated, adding that the Union government has accorded highest priority to development of infrastructure in the country.

Gadkari informed that the ministry is planning a green express highway between Mumbai and Bengaluru.

“It will be a 5-hour journey between Mumbai-Bengaluru and 3.5 to 4 hours between Pune and Bengaluru,” he added.

A total of 27 green express highways are coming up in the country, Gadkari intimated.

Highway projects connecting Gorakhpur with Siliguri and Varanasi with Kolkata are also on the cards.

“Just like the National Water Grid, we want to develop a National Highway Grid,” the minister said.

Gadkari revealed that the ministry is in the process of constructing 75 tunnels at a cost of Rs 2,50,000 crores.

Around 40 km of roads are being constructed per day in the country, he informed.

The Union minister said that the government’s target is to develop the country’s automobile industry into a Rs 15-lakh crore business within 5 years.

This will benefit the economy immensely as the automobiles industry has great employment potential and fetches maximum GST to the Centre and states, Gadkari added.

Historic First: MBBS To Be Taught In Hindi In Medical Colleges Of This State