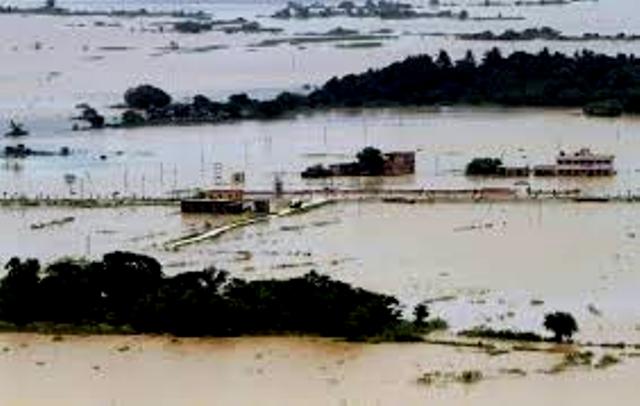 Bhubaneswar: A six-member inter-ministerial team led by the Joint Secretary (LWE), Ministry of Home Affairs, Praveen Vashista, arrived in Bhubaneswar on Wednesday morning to assess the flood damage in four districts of Odisha.

The team New Delhi is on a two-day visit to the state.

Talking to mediapersons at the Biju Patnaik International Airport here, Vashista said he will give a detailed briefing after a meeting with the state government officials.

According to official sources, the team will be divided into two groups. While one team will visit Bhadrak and Jajpur districts, the other will visit Kendrapada and Puri districts. The collectors of these four districts will coordinate with the team.

The team will have a high-level meeting with the senior government officials at the Lok Seva Bhawan on Thursday afternoon. The meeting, to be presided over by the chief secretary, will be attended by the Development Commissioner, Agriculture Production Commissioner, Special Relief Commissioner and additional chief secretary, Disaster Management and secretaries of different departments.

In the meeting, the state government will submit a detailed report on the flood damage. The team after reviewing the report will prepare the final report and submit it to the Home Ministry.

Notably, the state government on September 1 had requested the Centre to send a team to assess the flood damage in these four districts.