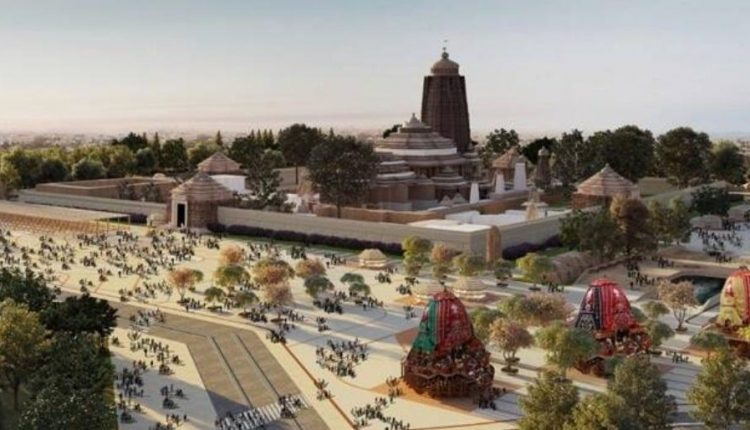 Bhubaneswar: In what might possibly provide relief to the proponents of Puri Parikrama Project, the Union Culture Ministry has decided to amend the Ancient Monuments and Archaeological Sites and Remains (AMASAR) Act, 1958, to relax the existing 100-metre prohibited area around protected monuments to site-specific limits.

Official sources said the ministry has started working on the amendments to rationalise the prohibited and regulated areas following controversies over development projects pertaining to different monuments.

The AMASR Act was last amended in 2010 to declare the 100-metre radius of protected monuments as prohibited areas and the next 300-metre radius as regulated areas. A recent Parliamentary Standing Committee report, however, said that there was no specific reason behind the 100-metre and 300-metre limits. While expert monument committees would decide the prohibited area around a particular monument, the amendment would also allow the ASI to act against illegal buildings at a protected site by holding the relevant authorities liable, officials said.

Notably, the Puri Parikrama project, worth an estimated Rs 3200 crore, has run into rough weather with the opposition BJP and Congress alleging illegalities in its implementation. Concern has been raised over ongoing construction work around the Jagannath Temple without generating an impact assessment report, which is a pre-requisite for ancient and religiously critical monuments, and round Penetrating Radar Survey (GPRS) to trace any archaeological treasure beneath the soil, as it might affect the structural stability of the 12th-century shrine.

Amid the backlash, the government recently decided to shift the proposed Shree Jagannath Reception Centre – a component of the 75 metre heritage corridor project – beyond the prohibited area (100 metre) of the centrally-protected temple after DG ASI V Vidyavathi had raised concern over the plan during her visit to review the project in February. However, excavation for it was carried out within the prohibited zone in the south-east direction of the shrine.

The plans to transform Puri into a world-class heritage city had also spiralled into a major controversy when the government began an anti-encroachment drive to clear 75 metres from the Meghanada Pacheri and pulled down dilapidated mutts and other structures.

The June 3 Supreme Court verdict, however, came as a breather for the government as it dismissed a plea, seeking a stay on the construction work. The top court said that such frivolous PILs need to be ‘nipped in the bud’ so that development work is not stopped. The petitioners were also slapped with a penalty of Rs 1 lakh each.

The Odisha government has also been pushing for the project, stating that the facilities will benefit millions of devotees thronging the Pilgrim Town of Puri and all necessary permissions and clearances have been obtained for the work.

Historian Anil Dhir, however, called for stricter laws for Odisha. “The SC in 2000 had asked states to enact their own heritage laws. Jammu and Kashmir did so in 2010 and Assam in 2018 and these are stricter than AMASAR) Act. Odisha is in a crying need of its own law since we have maximum artefacts (listed and unlist) and considering their sheer neglect. The 100 metres prohibited area should instead be increased to 200 metres considering the state of our monuments and their safety,” he said.

Dhir said any amendment to AMASR Act can be catastrophic. “We are a signatory to International Council on Monuments and Sites and they can withdraw the heritage status given to our monuments, including Konark Sun Temple,” he warned.

These are being done under the garbs of development and the government is succumbing to pressure, he added.

Why This Generation Doesn’t Have Superstars Like SRK & Big B? Karan Johar Explains