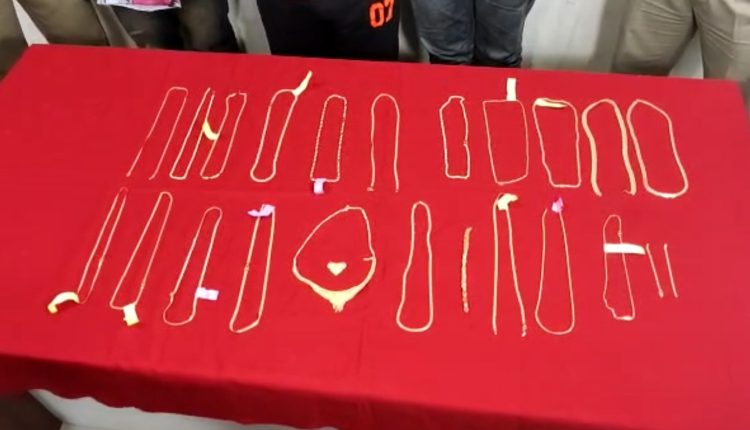 Cuttack: Police have arrested three members of a chain snatching gang from Choudwar and two jewellery traders in the district.

Speaking to media persons on the arrest, Cuttack DCP Pratik Singh said the police came to know about the activities of the gang while investigating into a complaint filed by woman about snatching of her gold chain by some miscreants on Madhusudan bridge in the city.

After the investigation revealed that the gang was involved in chain snatching in Bhubaneswar and Cuttack, a special team of police was formed to nab its members. While three members of the gang have been arrested, the mastermind, Subrat Bhatt of Barang in the district remains absconding, the DCP said.

Two jewellers from 42 Mouja and Barang whom the gang was selling the looted jewellery have also been arrested. Besides the arrested jewellers, the miscreants were disposing with other persons and investigation is on to nab them, he said.

Detailing the modus operandi of the gang, Singh said they used to monitor the activities of the women on their target and then carry out their plan in morning or evening. They also used fake registration number on their bikes to commit the crime.

Besides two bikes, police have seized 22 gold chains weighing 295 gram from the possession of the arrested persons. More than 20 cases are pending against the gang members in different police stations in the Twin Cities, Singh said.

Rasagola Belongs To Odisha, Not Averse To Acting In Odia Film: Huma Qureshi