Characters & Colours: Black Beauty Tells Us About Beasts’ Resilience Despite Cruelties By Humans 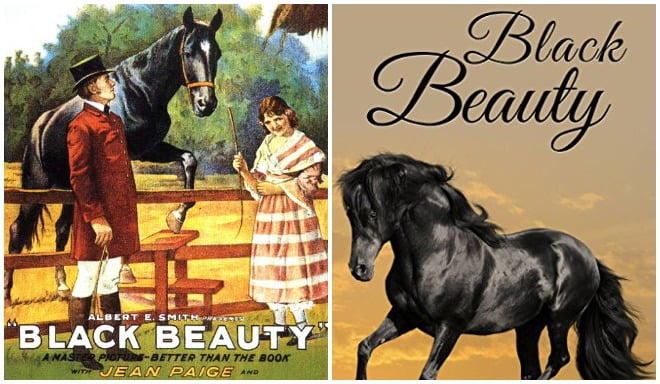 Considering it is Oct 4, World Animal Day, I am thinking of my favourite animal – the horse: a creature that is majestic, suave, agile and full of elegance. I am automatically reminded of a beautiful black horse with a white star on its forehead about whom I had read when I was a child of 9 years. The horse’s name is ‘Black Beauty’- the central protagonist and narrator of Anna Sewell’s extremely popular book Black Beauty: His Groom and Companions, the Autobiography of a Horse (1877). Recently, I came across Girish Karnad’s ‘Hayavadana’ where a man had the head of a horse. Karnad’s character wanted to become a complete man, but ultimately became a complete horse. This character talks about its problematic existence as a horse-headed man. But rarely is a novel written from the point of view of a horse though it may have been a character in a comic book or a book that belongs to the children’s literature genre.

Black Beauty’s initial childhood name was ‘Darkie’, given by his first master. He is a good-tempered horse brought up with good habits by his mother Duchess. In addition, he also had a gentle genetic constitution. As his mother puts it: “You have been well-born and well-bred. Your father and grandfather were well-known and respected horses in this area. Your grandmother had a very sweet temper and I think you have never seen me kick or bite. Do not learn bad ways. Do your work with a will, lift your feet up well when you trot and never bite or kick, even in play.”

What makes Black Beauty special is he always remembered his mother’s advice – in good times and in bad. When it was time for his ‘breaking in’, the saddle, the bridle, blinkers and the iron shoes caused Black Beauty much discomfort, he did not kick or bite his master. He just adjusted to all the pain: “My feet felt very stiff and heavy but in time I got used to it.” His mother had explained the different kinds of men that Black Beauty might come across – some ‘thoughtful’ while others ‘foolish’, ‘vain’, ‘ignorant’ and ‘careless’. However, she advised him: “…the better I behaved, the better I should be treated and that it was wise always to do my best to please my master…A horse never knows who will buy him or drive him. But do your best wherever it is and keep up your good name.” Hence, Black Beauty doesn’t even groan as he falls off with his master Reuben Smith on his back. He simply says: “…horses are used to bearing their pain in silence.”

It is through the eyes of Black Beauty that we come to know about the life of other horses: Merrylegs, Ginger, Justice, Oliver, Rory, Duchess, Hotspur, Willie and Rob Roy. Black Beauty is a good-natured horse in comparison to Ginger possibly because of the circumstances in which he was reared. In many ways, he had been luckier than Ginger. Ginger’s bully master Samson and another ‘fashionable’ master in London made her life miserable as a result of which she gained a ferocious temper. She used to kick, bite and snarl. She shared her agony with Black Beauty: “What right had these people to make me suffer? I was willing to work but just to be tormented for their fancies angered me.” The unfortunate death of Rob Roy and eventually Ginger emotionally breaks down Black Beauty. Humanising the emotions of a horse is what makes the character of Black Beauty so effective. One can actually empathise with the horses in the novel. Sewell sensitises us towards things that we see and accept everyday like sitting on a horse being whipped and with bridle, saddle, blinkers and iron shoes; we can never be indifferent towards these things after reading Black Beauty.

Black Beauty also has his bad times. When a rather young Joe innocently gives him a pail of cold water to drink that led him to catch a fever, he explains the helplessness of animals: “I could not tell him how I felt…I was very ill for many days. My lungs were inflamed and it hurt me to breathe”. Reuben Smith did not bother about one of the loose nails in Black Beauty’s shoes and took him riding and forced him to gallop faster. That led to his foot being “terribly cut by the sharpness of the stones” on the journey. His situation was deplorable: “…the pain was too great. I stumbled and fell with violence on both my knees.” Black Beauty also talks about another cruel master Nicholas Skinner who gave me such a load “goaded by constant chucks of the rein and use of the whip” without food or rest that his foot slipped and he fell almost dead. What makes Black Beauty unconventional is he understands the plight of other horses as well as his own but never for a split second does he aim at harming his masters. 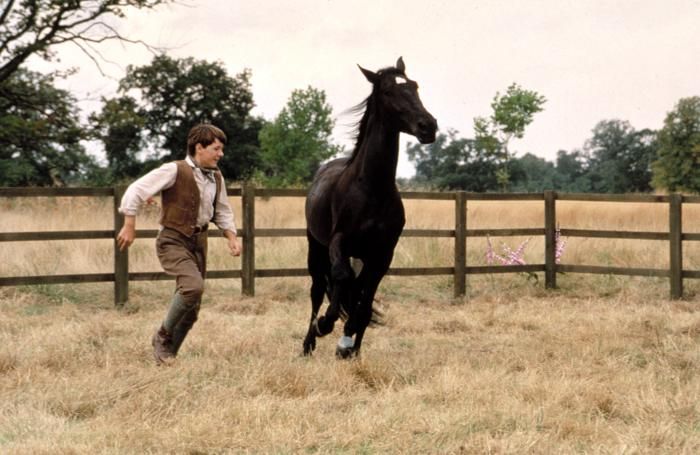 On the occasion of World Animal Day, let us pledge to tell our children about literary characters like Black Beauty. It will teach them to have a heart towards the mute beings. It will make them sensitive humans. The character of Black Beauty touches our hearts because it talks about the resilience of mute beasts despite the cruelties of man. The book draws our attention to the cruel fashion of Victorian England that destroyed the physical condition of the horses: blinkers and tight reins! Most importantly, the book teaches us to be kind: “There is no religion without love. People may talk as much as they like about their religion, but if it does not teach them to be good and kind to man and beast, it is all a shame.”