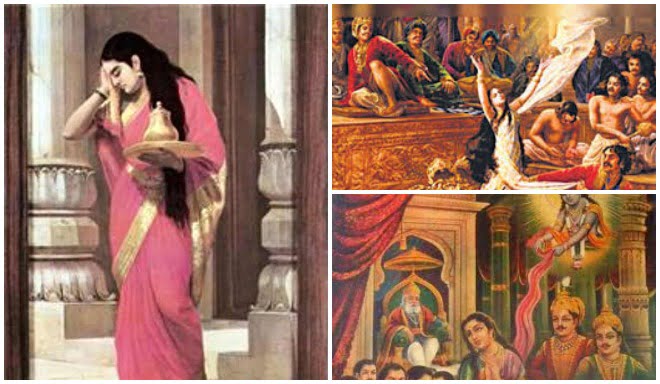 October 11, 2012, was first observed as International Day of the Girl Child. Today, after eight years females are still perceived to be unequal to men in getting the rights they deserve. This day raises awareness for gender equality. History has witnessed inequality in gender for centuries. And when we speak of mythology, the most aggrieved of the lot seems to be Draupadi who married five men. She had to suffer inequality not just with one man, but five simultaneously! The patriarchal Indian society points fingers at the character of a woman who could accept five men in wedlock; however, Pratibha Ray gives voice to the beautiful Panchal princess (known as Krishnaa in the book ‘Yajnaseni’)  to justify her stand and show us what injustices were done to her. In the prologue, she expresses: “Seeing each hair-raising incident of my life the people of Kaliyuga will be able to decide whether the insults Draupadi suffered have ever been borne by any other woman of any time. God forbid that in future anyone should ever suffer such abuse.”

Krishnaa is described as ‘the noblest woman of Aryavart’ with ‘incomparable beauty’ and whose mind was filled with ‘a stream of limitless affection’. Despite being bestowed with all these exquisite qualities, she was cursed with a bad fate. As Krishnaa was about to leave her father’s kingdom after Arjun (known as ‘Phalguni’ in the book) wins her hand at the swayamvara, Drupad tells her: “Man’s greatest dharma is to carry out his duties patiently. Whenever you have to assume any role, do not draw back from the duty facing you. That is how dharma will be preserved. I bless you. May you attain fame!” Little did he know what kind of challenges awaited his daughter.

As the Pandavas (who were in exile then) led Krishnaa to meet their mother Kunti, the thorns that pricked her feet were an indication of the tumultuous path ahead. As they reached their mother’s hut, the eldest brother Yudhisthir called out to his mother and said: “Mother, today we have brought a priceless thing. Open the door and see! Your sons have not returned empty-handed.” The word ‘thing’ opened all doors of miscommunication and Kunti thinking it as their daily alms responded: “My sons, whatever you have brought, divide it amongst the five of you equally!” I feel the objectification of Krishnaa was both deliberate and done with a lustful intention by Yudhisthir because no sooner than Kunti had uttered these words, he eagerly remarked: “Ma, obeying you is our lives’ first and supreme aim. Let your words be true. We shall all marry Draupadi.” The hypocrisy was clear. Why else would a woman be described as a ‘thing’? Secondly, how could a woman whose word is treated as sacrosanct by her sons to the extent that they cannot even think of going back on her statement of dividing Krishnaa among them make such a statement? Kunti, as their mother, was expected to know about the whereabouts of her sons in exile every single minute. How was she not aware of Phalguni participating in the swayamvara? And, how is it that she feigned ignorance of her sons returning together from the swayamvara when she ought to know that all brothers accompanied Phalguni to the swayamvara? Whatever the case, a woman is sometimes seen as the worst enemy of another woman and is more often the cause that leads to gender inequality!

No one sided with Krishnaa – neither her mother-in-law, her brothers-in-law, Phalguni, sage Vyasdev nor even her Sakha Govind (who knew this was destined). Krishnaa was most anguished at the response of the man who won her at the swayamvara – Phalguni! There was a certain expectation from him to protest against this injustice of her having to choose five husbands. Instead, Phalguni said: “The command that has been issued from Mother’s lips and which you have accepted, is my dharma. I would have been happy to have Krishnaa to myself. But that will violate dharma for I would have to defy Mother’s command as well as yours. You, too, have already said that we shall all marry Krishnaa. I do not wish to disagree with this and incur sin. With you, the elder brother, yet unmarried, how can I marry first? I would rather my happiness be less than my dharma suffer…therefore, we shall all enjoy the princess equally. She will be the wife, according to dharma, of us all.” Hearing this, Krishna flared up and thought: “If my husband were to turn into a fitful of ashes I would not be sorry.”

It was a difficult predicament for a woman to share not just her body but her heart and mind with five men. But Krishnaa was a brave woman. Initially she was perplexed and intimidated by Yudhisthir’s words: “But it is not easy to satisfy all of us. The five of us have different inclinations and desires. What I like, others do not. They would not like to see you as I would. If I say, ‘Go to temple’, then Bhim will ask you to go to the kitchen, Phalguni will want to go hunting, Nakul will wish to go roaming in the forests on horseback; Sahadev will want to sit in private in the courtyard and watch the stars in silence and (computing their position) dream of the future. Then what will you do? Whose will you be? Whose demand will you satisfy?” But eventually, she learnt how to find time for and balance Yudhisthir’s expectations, Bhim’s arrogance and ‘excessive hunger’, Phalguni’s stubbornness, jealousy, womanizing habits and his second wife Subhadra, Nakula’s narcissism and Sahadev’s ‘over-sensitiveness’. Time and again, her mind challenged her heart: “Can anyone please everyone? Even God cannot satisfy everyone. If you try to satisfy everyone no one gets satisfied.”

Despite having five husbands, no one actually came to rescue her honour when the Kauravas tried to outrage her modesty either in the feast thrown by Kunti or in the ‘disrobing scene’ after the Pandavas lost the dice game. Time and again, she was put to trial by the whims of the men in her life, insulted, questioned and scorned not just by the Kauravas and Karna (who refused to eat from her hands as she wasn’t a ‘chaste’ woman possessing five husbands) but also her own husbands and mother-in-law. No one was reluctant to shift their blame on her, whenever the occasion rose. No one defended Krishnaa or ever understood her predicament.

Till date, Sita and Sabitri are held in reverence for their devotedness. But what about a character like Draupadi (or Krishnaa)? To put it in the words of Ray’s Krishnaa: “For all future time Draupadi would remain condemned in the history of the world as a woman of despicable and stained character. So much so that in the Kaliyuga people would call fallen women having so many men “Draupadis of this era”, making me the butt of scorn. What would they understand of the situation in which Panchali became the wife of five men?” No matter what women do, how perfect they might be – they will always be judged. On the occasion of International Day for the Girl Child, let us pledge to bring about a change in this attitude of society.