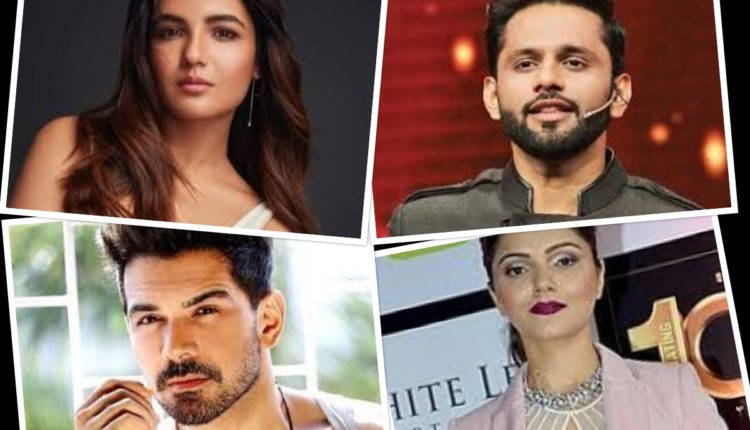 Bhubaneswar: It’s just about three weeks since Season 14 of Bigg Boss premiered. The contestants have already clicked with the audience. The other day, Twitterati was applauding Rahul, Jasmin and Rubina for entertaining them to the fullest.

As the season progresses, more masala will be served from Bigg Boss house.

Let’s take a look at the contestants who are ruling the hearts of audience right now.

RUBINA DILAIK
Rubina has made news from the early days of season 14. Salman bashed her for not participating in one of the tasks, but fans love her for having a spine. She also stood up for the LGBTQ community and fans hailed her. In a short span, Rubina has become quite a darling of fans.

JASMIN BHASIN
TV actress Jasmin, too, enjoys a lot of fan following, though things can change very quickly inside the BB house. From not wanting to fall in love on the show to sharing tidbits from her fun life, Jasmin is getting popular among even those who weren’t her fan earlier. Her line,“Tu Khan hai toh kya hua main bhi Bhasin hun,” has become popular with the audience.

ABHINAV SHUKLA
Abhinav isn’t far behind his wife Rubina in the popularity stakes. Girls are drooling over his looks, and viewers are loving the couple, and rooting for them. It’s early days, but it’s possible that Bigg Boss may throw the husband and wife in a face-off to win. On Twitter, at least, Abhinav provides stiff competition to fellow contestants.

According to you who is a better player?

RAHUL VAIDYA
He is funny… he fights, sings, shows off his soft side. Moreover, he managed to win the seniors’ trust in BB house. In short, singer Rahul Vaidya is a complete package and giving fans enough reasons to keep them entertained. He’ll be tough competition for other serious aspirants.

Odisha Bypolls: Rs 30 Lakh Ex-Gratia For Family Of Polling Staff For Death Due To COVID-19