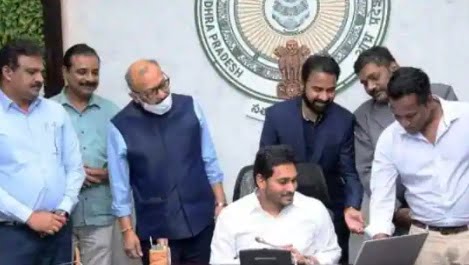 The platform is meant to counter propaganda with evidence.

“No one has the right to damage the reputation of an individual or the system with mala fide intentions. There is a need to counter such malicious campaigns which are intended to mislead the people on the ambitious programmes of the government. People have to know the facts,” the CM said.

Recently, the Andhra government was accused of promoting Christianity and hurting Hindu sentiments.

“A couple of days ago, there was a systematic campaign in the social media by BJP leaders and sympathizers with the hashtag #Encroachment4ChristInAP, alleging that a huge cross was being erected on a hillock in Edlapadu, Guntur, where carvings of Hindu deities already exist,” a CMO official pointed out.

Odisha Among 8 States & 2 UTs Asked To Step Up COVID Vaccination, Testing By Centre