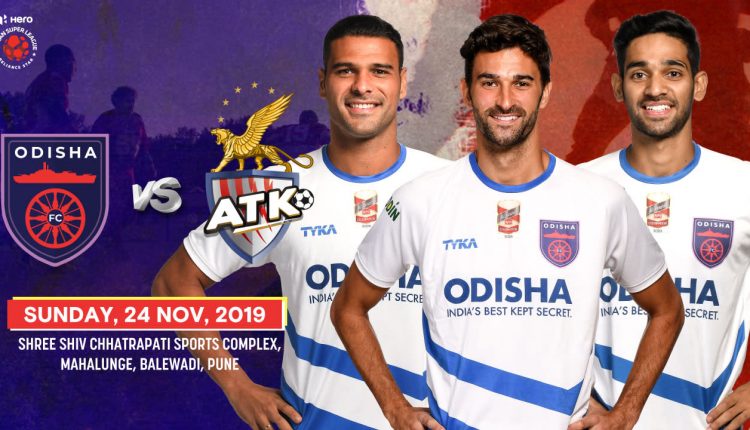 Bhubaneswar: While football lovers in Odisha still have to wait for #AmaTeamAmaGame (our team, our game) moment on home soil, they can still cheer for Odisha FC (formerly Delhi Dynamos FC) — the most expensive franchise in Indian Super league (ISL) — as they taken on ATK on Sunday evening.

The franchise will be organising its official fan park at the food court of Esplanade Mall here, where the match between Odisha FC vs ATK match will be screened from 7.30 pm.

After ATK, they will face Bengaluru FC and Hyderabad FC on December 4 and 11 respectively at Pune’s Shree Shiv Chhatrapati Sports Complex.

Odisha FC had to shift to Pune to play its home matches as the designated home ground at Kalinga Stadium in Bhubaneswar is not yet ready to host the matches.

The Kalinga Stadium ground is up for renovation to host the FIFA U-17 Women’s World Cup 2020 to be held from November 2-21 next year. The authorities are racing against time to prepare the ground as members of the FIFA Technical Committee will visit it in the first week of December to assess the progress of work.