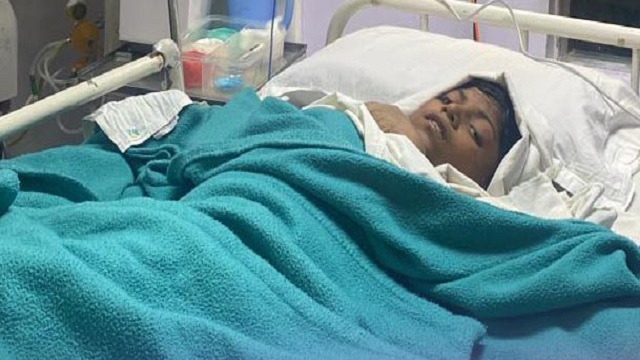 Bhubaneswar: My son was rescued on Deba Snana Purnima. Lord Jagannath saw us through this trouble,” said Ram Kumar Sahu, father of the 11-year-old who was pulled out of an 80-ft abandoned borewell at Pihrid village of Malkharoda block in Chhattisgarh after 104 hours of relentless efforts by NDRF, SDRF, Indian Army and local administration late on Tuesday.

Speaking to the mediapersons, Ram Kumar said that the family would visit Puri Dham once Rahul recovers fully. However, this will not be their first visit to the pilgrim town.

During an earlier visit to Puri, Rahul had gone missing on the sea beach. “We were taking bath in the sea while Rahul was keeping an eye on our luggage. We could find him nowhere after some time. We gave his picture to some local Samaritans, who found Rahul having ‘kheer’ near Singhdwar and brought him back to us. It was nothing but a coincidence that my son was saved again on the day of Snana Purnima. Lord Jagannath has been showering his blessings on him,” he said.

Rahul is currently undergoing treatment in ICU at Apollo Hospital in Bilaspur of Chhattisgarh. The doctors treating him said that he has developed a dacterial due to his prolonged stay in the tunnel. He will be kept under observation for another seven days.

Ram Kumar further said that he saw Lord Jagannath in the NDRF personnel who had come from Cuttack to rescue Rahul. “They skipped their meals and spent sleepless night to be able to rescue him at the earliest. I would like to thank them from the core of my heart for saving my son from the jaws of death,” he added.