Chidambaram’s Poser To Centre: Despite BJP-BJD Bonhomie Why Vax Shortage In Odisha? 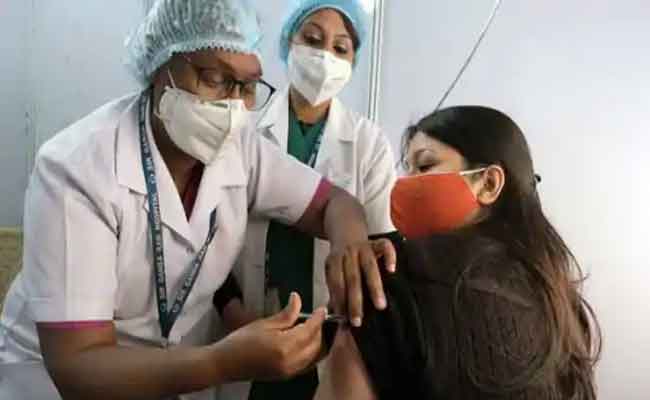 Bhubaneswar: Twenty-four of 30 districts in Odisha have run out of vaccines, former Finance Minister and Congress leader P Chidambaram tweeted on Tuesday.

“Odisha is governed by the BJD, an ally of the BJP. What has the central government that dismissed complaints of vaccine shortage got to say now?” he asked.

Though BJD is not an official ally of BJP, both parties have been accused by Congress of having a tacit understanding. There have been instances when BJD has extended support to BJP on contentious issues, including the Citizenship (Amendment) Bill (CAB). The regional party had also backed Ashwini Vaishaw nomination for Rajya Sabha as a BJP member despite having the numbers to win the seat hands down.

Later in the evening, the Health Department informed that Covishield stock had been replenished and it had 3,49,930 doses. While the vaccination drive was resumed at some of these places, the stock was still not enough to conduct sessions in the entire state.

Sessions have been planned at only 97 sites on Tuesday and vaccines will not be administered in 15 districts – Angul, Balasore, Deogarh, Dhenkanal, Gajapati, Jharsuguda, Kalahandi, Kandhamal, Kendrapada, Koraput, Malkangiri, Nabarangpur, Nayagarh, Nuapada and Sambalpur

On July 6, Additional Chief Secretary (Health) PK Mohapatra had stated that the stock available with the state will be consumed in the next two days and urged the Centre to supply the required vaccines to tide over this shortage.

Mohapatra had further said that the allocation of 25.31 lakh doses of Covishield for July was lower than the 28.31 lakh second doses due for the month.

“Hence, you are requested to allocate an additional 15 lakh doses of Covishield to our state to manage vaccination sessions smoothly,” he added.

Are You Sitting For Odisha Matric Improvement Exams? Know Your Centre By This Date

Odisha Begins Vaccination Of Expectant Mothers; Know How To…