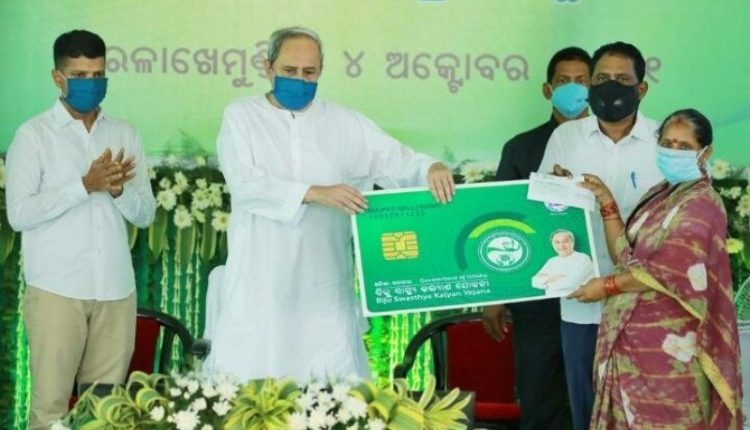 Elaborating Biju Patnaik’s Gajapati connection, Patnaik said his father held the district in high esteem and that is why he was delighted to launch the health cards in the district.

“Odisha derives its rich art and culture from Gajapati district. Although the district is small, its contribution to modern Odisha province is remarkable and Maharaja Krushna Chandra Gajapati played a pivotal role in the unification of Odisha state. He was a symbol of development and pride for Odias,” the Chief Minister asserted while paying rich tributes to poet Gopal Krushna Patnaik and historian Dr Satyanarayan Rajguru.

The Chief Minister also inaugurated a mega water pipe project, health and education infrastructure and roads in the district.

Smart health cards across the state would benefit nearly three crore people belonging to 96 lakh families, Patnaik said suggesting that this will free poor people of financial burden. In difficulties, people sell their land and take out their children from schools. “Herafter, people with a smart health card can go to at least 200 corpporate hospitals for treatment without having to pay a single penny,” Patnaik said.

“For me every life, whether it’s a farmer, labourer or a rickshaw-puller, is valuable. The smart card which is a flag-ship programme of the government aims at the welfare of the people,” he added.

The programmes launched in Malkangiri on August 20 was extended to Sundargarh and Balangir districts before it was initiated in Gajapati district on Monday.