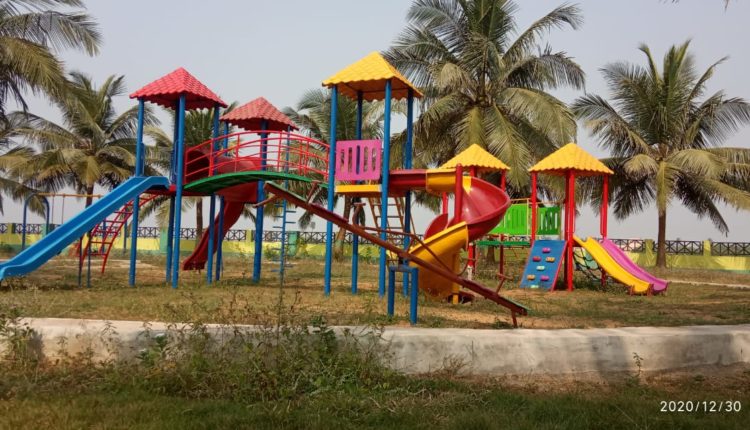 Almost all the construction works in the park are over and the process of installation of CCTV cameras is on. Four rooms for sale of fast food, tea and snacks, cold drinks and staff use have already been completed. Construction of the toilet is going on, Sethy said.

Stating that Rs 66 lakh has been spent in the last phase of construction, Sethy said the completion of the park was delayed due to the COVID-19 pandemic. “After completion, we would give the management charge to self help group (SHG),” he added.

The foundation stone of the full fledged park built on an area of 2.5 acre was laid on August 31, 2018 and Rs 65 lakh spent for the sculpture and display corners earlier. Another Rs 15 lakh was spent for the lights. The sculptures of giraffe, mermaid, tiger, lion, deer and turtle have been put on display for children in the park which also has some fountains and five selfie points.

Initially, the Odisha Tourism Development Corporation (OTDC) carried out the park’s construction. Later, it was handed over to the local NAC in 2011.

According to sources, the children’s park that was nearing completion in 2013 was completely damaged by cyclone Phailin. Ornamental light and several big trees were uprooted. The storm also damaged a number of rides.

After the Urban Development department sanctioned Rs 31 lakh for repair and infrastructure development of the park, the Gopalpur NAC started the work in April, sources said.