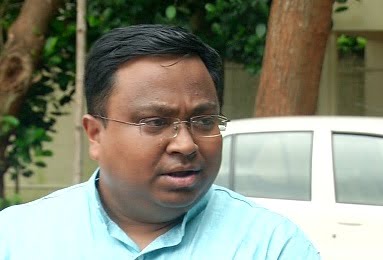 Bhubaneswar: The ruling BJD on Sunday said the brutal act of Chilika MLA is highly condemnable but it should not be politicised to target the party.

Speaking to media persons, here, BJD spokesperson and Rajya Sabha member Sasmit Patra said his party has already condemned the incident in which Chilika MLA Prashan Jagdev ran his vehicle over a group of people in Banpur, injuring at least 22 persons. “We have also demanded stern police action against the MLA for his violent act,” he said.

But BJP is trying to take advantage of the gruesome incident by politicising it with an eye on the elections to urban local bodies (ULBs), Patra said. “Though the BJD has already suspended Jagdev for his earlier misbehaviour with a BJP leader, the opposition party continues to whip up the emotion of the people by linking him with our party,” he added.

He further said it is a matter of regret that the BJP, which had appealed to other parties not to politicise gruesome incidents in the states ruled by it earlier, is trying to take political advantage of the Jagdev issue.

Appealing to the BJP to desist from making the incident an election issue, the BJD MP said let the law to take its own course in penalising the accused.

It may be noted that Jagadev’s vehicle had ploughed into the crowd at Banpur, leaving 22 persons, including 10 police personnel, injured on Saturday. Seven of them have been shifted to Bhubaneswar hospital after their condition turned critical. Jagadev too is hospitalised after a mob attacked him following the incident.