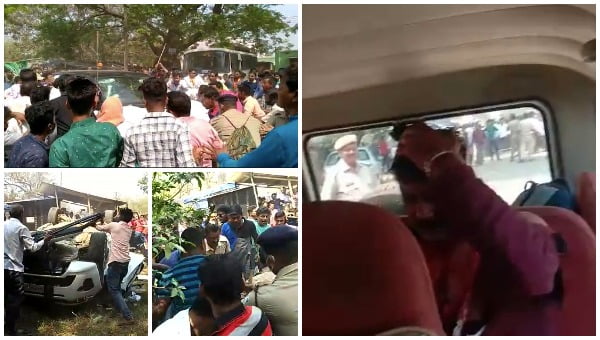 Bhubaneswar: In his first public reaction after he was released on bail by the Supreme Court (SC) last month, suspended BJD MLA from Chilika Prasanta Jagadev, who was arrested for allegedly ploughing his SUV into a crowd, on Wednesday said he was not at fault for the incident as he had pressed the accelerator accidentally after coming under a murderous attack by BJP workers.

“I’m not repenting as it wasn’t my fault. BJP workers launched a planned attack on me near the Banapur block office with an intention to kill me. It was a murderous attack on me and I was assaulted brutally with sticks. I suffered a blackout as a result of which I pressed the accelerator accidentally,” he told mediapersons.

After being granted bail by the SC last month, Jagadev was released from the Banapur sub-jail in Odisha’s Khurda district.

The legislator was arrested on March 22 for allegedly ploughing his SUV into a crowd waiting outside the Banapur block office for election to the Panchayat Samiti Chairperson post on March 12. A total of 22 people, including police personnel, were injured in the incident. Jagadev also sustained injuries after an irate mob thrashed him and ransacked his vehicle.