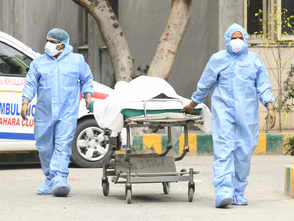 Kazakhstan: An unknown pneumonia is sweeping through this Central Asian country. More than 600 people died of pneumonia in June. In an advisory issued for its citizens living here, the Chinese Embassy said the new disease has a fatality rate “much higher” than COVID-19, reported Hindustan Times (HT).

Kazakhstan is on the border of northwest China’s Xinjiang Uyghur Autonomous Region.

However, quoting the Chinese state media, HT reported that Kazakhstan’s healthcare minister said on Wednesday that the number of patients sickened by the pneumonia is two to three times more than those who have been infected with COVID-19.

Kazakhstan implemented a lockdown on March 16 to contain the spread of the COVID-19 pandemic. It lifted restrictions in May but reimposed them following an increase in cases.

President Kassim-Jomart Tokayev has said the country could be facing a second wave of infections, said the HT report.

“Some 300 people diagnosed with pneumonia are being hospitalised every day,” Saule Kisikova, the health care department chief in the capital Nur-Sultan, told the news agency Kazinform, HT reported.