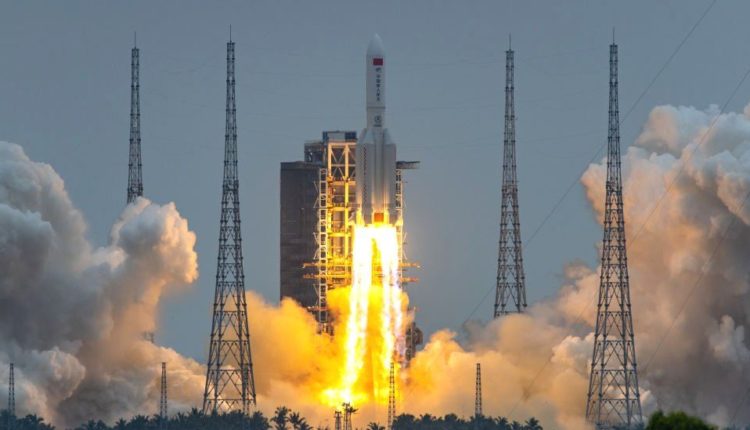 Much to the relief of several nations, the debris of China’s Long March-5B rocket landed in the Indian Ocean near the Maldives on Sunday.

Most of the remnants of the rocket were destroyed on its uncontrolled re-entry into the Earth’s atmosphere.

China’s largest space rocket booster had launched the first module of China’s Tianhe space station into Earth’s orbit on April 29. It re-entered the atmosphere at 10.24 am (7.54 am IST) and landed at a location with the coordinates longitude 72.47 degrees east and latitude 2.65 degrees north.

On Saturday, the US military had predicted that the debris are likely to fall in Turkmenistan.