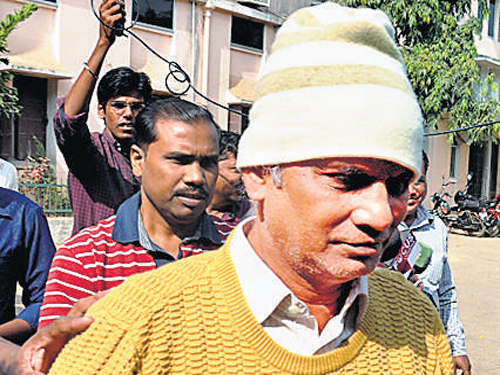 Bhubaneswar: A special CBI court here on Tuesday sentenced group chief of Micro Finance Ltd (MFL) Durga Prasad Mishra to three years in jail in the mega chit fund scam.
Mishra had pleaded guilty to duping investors of their money.
The court also asked him to pay Rs 215 crore as compensation to the scam victims, failing which properties of the group would be attached, sources said.
The CBI had arrested Mishra in December 2014 on charges of duping investors to the tune of Rs 500 crore by floating six companies. He had been lodged in Jharpada Special Jail here since then.
On July 7, the court had sentenced another director of the company Ashok Kumar Patnaik to three and a half years in jail and directed him to pay a compensation of Rs 105 crore.
Altogether, 13 cases were registered against the company in 2013, sources added.

Miscreants decamp with Rs 9.5 lakh from bank in Cuttack

Did The Class VIII Student Jump To Her Death In Bhubaneswar? Her Insta Post Says So