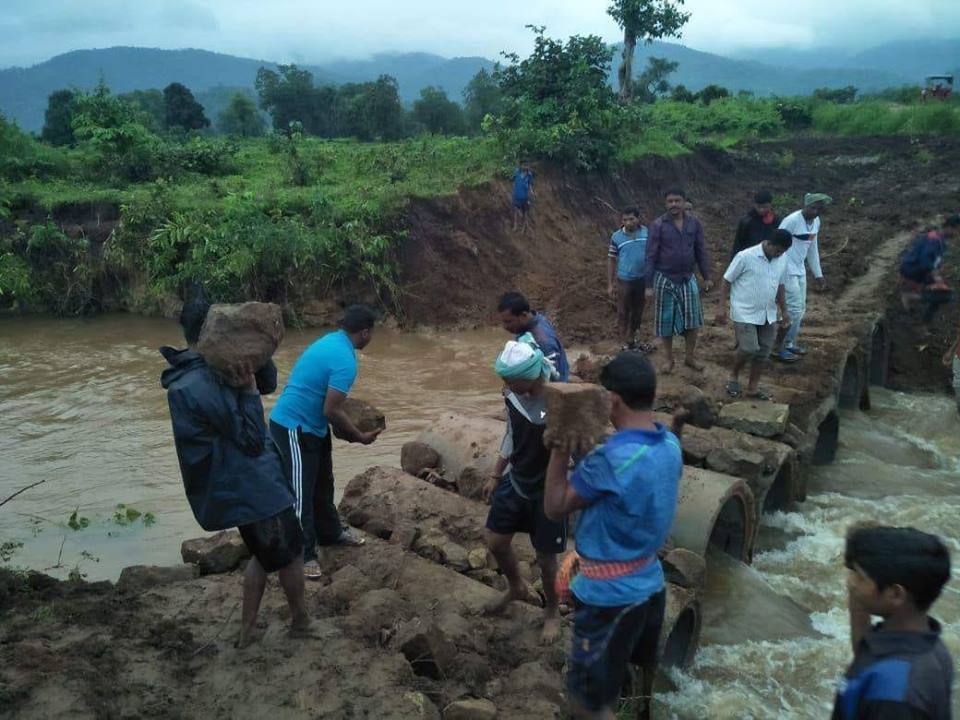 Share
Malkangiri: Even while the nation’s gaze is fixed on the devastation in Kerala due to floods, some people are lending a helping hand in the unaddressed situation in Odisha’s Malkangiri.

Chitrakonda MLA Dambaru Sisa, in a very heartwarming gesture, repaired a road which was damaged by the flood in Odisha’s Malkangiri. This portion of the road from Khabarput-Majhiguda was washed away after incessant rainfall.

In the picture, the man in blue T-shirt and track pants can be seen helping other workers in carrying things and clearing the road. He set an example of how administrators must really be to bring about a change.

His work has been appreciated across the social media by various people. A Facebook user wrote, “He deserves appreciation because he is indeed doing the work he’s expected to do in time of crisis. These are the people who make you believe that may be you have voted for the right person, at least someone who would be on the ground helping people during a calamity. And who knows natural disasters better than us, the people of Odisha.”

The last few lines of the post mention how almost three lakh people have been affected by torrential rains in Odisha.

“Here’s something we had and will always have. Compassion for the people weathering disasters we have gotten used to and the heart to extend them help, over divides of region, creed, class, religion and language,” were the concluding lines from a Facebook post.