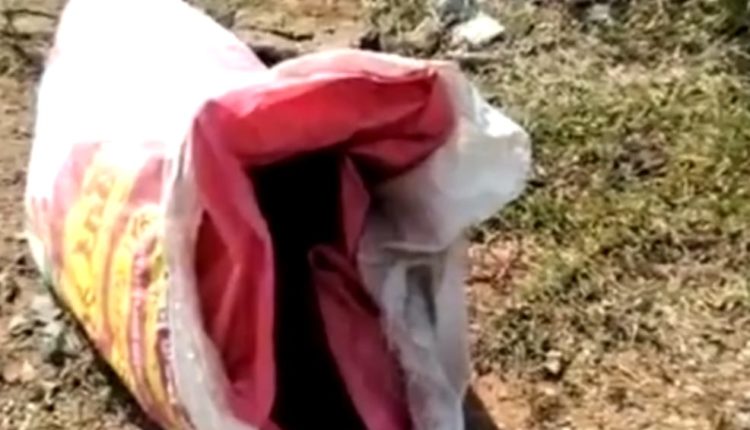 Keonjhar: A man on Tuesday dropped a sack containing severed body of a woman near the Keonjhar bypass flyover along NH 20 and fled the spot.

According to sources, locals found the man moving suspiciously in the area and questioned him about the sack that he had loaded on his moped. He told them that he was carrying goat meat in the sack. Not convinced and suspecting foul play, they informed the Keonjhar Town police about it.

Sensing trouble, the man fled leaving the moped and the sack.

On opening the sack, police found the severed body of a woman. The identity of the moped rider and the deceased is yet to be ascertained.

The body has been sent for postmortem and further investigation is underway.

Piped Water Supply Now A Reality For This Inaccessible…