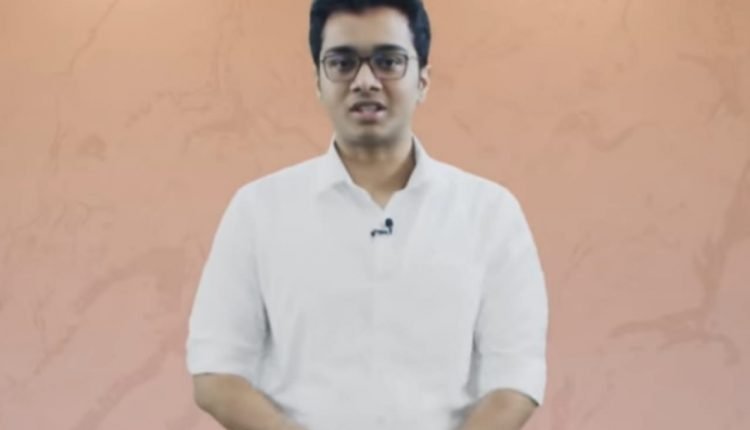 Bhubaneswar: Jubin Mohapatra of Bhubaneswar has ranked 46th in Civil Services Examination 2020, the result of which was declared by the Union Public Service Commission (UPSC) on Friday.

Computer science engineering and an MBA later, he worked in the corporate sector for about five years. He started preparing for the exam in July 2017 alongside his job.

Jubin’s consistent effort has yielded results as he had secured the 379th and 235th ranks in 2019 and 2018 respectively. He had become an IPS officer in the first attempt. The rank in the second attempt could not get him to IAS, which he was aspiring for. He is happy that the 46th rank will finally help him become an IAS officer.

A resident of Patrapada in the city, Jubin has dedicated this success to his mother, whom he lost to COVID recently.

This year, 761 candidates have emerged successful and recommended for appointment in the Indian Administrative Service (IAS), Indian Foreign Service (IFS), Indian Police Service (IPS) and other Central Services (Group ‘A’ and Group ‘B’).

The candidates have been selected based on the result of the written test conducted in January 2021 and the interviews for the Personality Test held in August-September, 2021.

“Appointment to the various Services will be made according to the number of vacancies available with due consideration to the provisions contained in the Rules for the Examination,” the Commission said.

Reopening Of Schools In Odisha: Know The Timings For Class VIII, XI; No Cooked Midday…