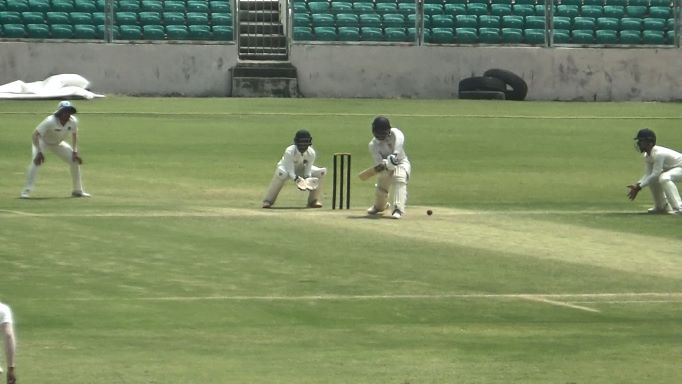 Trivandrum: Odisha batsmen collapsed in a heap, not once but twice in a day, to suffer an innings defeat in their CK Nayudu Trophy (U-25) match against Jharkhand on Thursday.

Resuming at 153 for 1 with Aashirwad Swain and Debashis Samantray in the middle of a brilliant partnership, the second-wicket pair extended their stand to 156 runs. Aashirwad completed his century and Debashis reached fifty before the innings came apart.

Manishi ran through the Odisha innings, bagging 8 of the 9 wickets, after Aashirwad fell for 109 and Debashis made 61.

Having conceded a lead of 199 runs, Jharkhand enforced the follow-on. Odisha fared even worse in the second innings, being skittled out for 111 in 36.4 overs.

Kartik Biswal top-scored with 21 as Vinayak Vikram did the maximum damage this time around, with 5/31. Manishi added 3 wickets to his tally for a match-haul of 11 for 93.