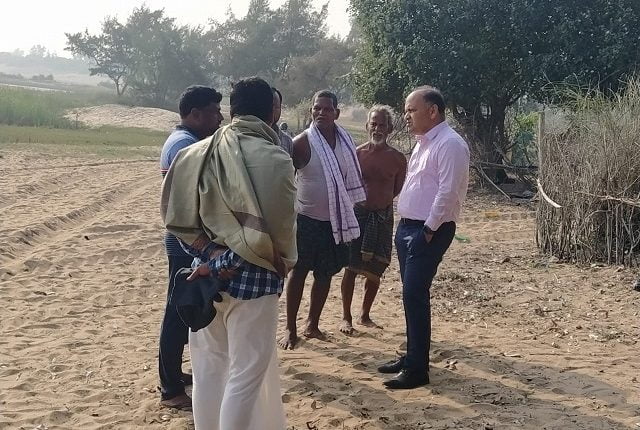 Cuttack: Two PILs have been filed in the Orissa High Court over the police lathicharge against villagers of Dhinkia in Jagatsinghpur district during the demolition of betel vines for a proposed JSW steel plant.

The PILs have sought protection of human rights, free treatment of injured villagers, adequate compensation to the affected farmers and end to alleged forceful eviction.

Last Friday, police and villagers opposing the demolition of betel vines clashed, leaving several injured on both sides. Six persons, including former panchayat member Debendra Swain, who has been campaigning against the proposed plant, were arrested.

Three days after the clashes, land acquisition work for the project resumed on Monday.

The Congress party also constituted a fact-finding committee on Monday to inquire into the violence in Dhinkia village.

On Tuesday, senior officials of JSW visited several villagers near the proposed site and spoke to villagers, hearing their demands and discussing ways to expedite work. So far, the company has provided Rs 6.46 crore to 257 beneficiaries.