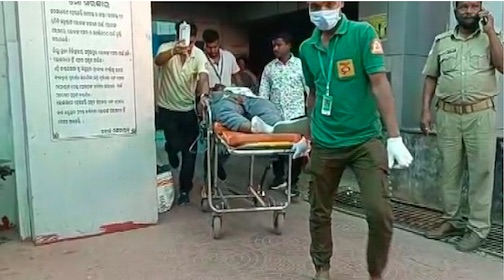 According to sources, the incident took place when the boy, identified as Clifford Kujur, was returning home from school after appearing in the last paper of the pre-board examination. He fell almost 40 feet onto the road at Laxmi Talkies Chhak under Town police limits and sustained grievous injuries on his chest, waist and face.

Eyewitnesses told police that the boy rode a bicycle to the flyover and then jumped off it.

The 15-year-old was first rushed to the district headquarters hospital. He was later referred to VIMSAR, Burla, as his condition deteriorated.

SC Cracks Down On Hate Speeches; CrPC May Be Amended To Deal With Problem