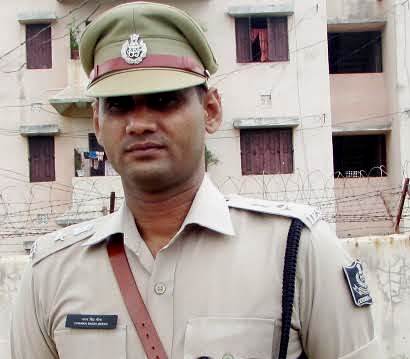 Bhadrak: Bhadrak SP Charan Singh Meena had a narrow escape after a speeding truck rammed into his vehicle near Bhandaripokhari Square in the district on Tuesday morning.

According to sources, the incident happened when the SP was returning to the district police headquarters after a routine check-up.

While the vehicle was damaged due to the collision, the SP was unhurt.

Soon after the collision, the truck driver fled from the spot with his vehicle. However, Bhandaripokhari police later intercepted the truck and detained the driver.

The SP later left for Bhadrak in another vehicle.