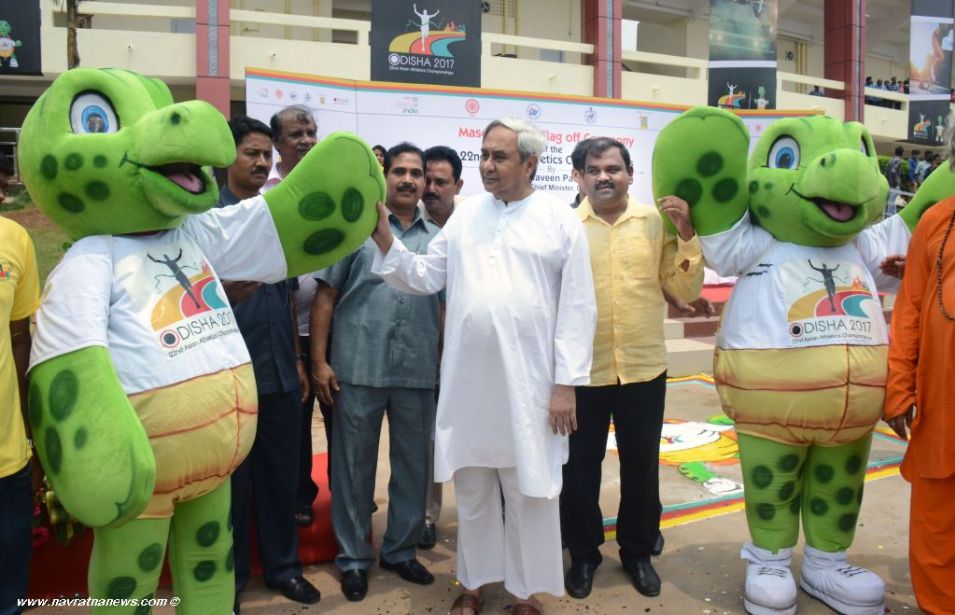 Bhubaneswar: Chief minister Naveen Patnaik on Monday flagged off the Asian Athletics Championships’ mascot rally to spread awareness and for publicity of the event.
The rally was flagged off from Kalinga Stadium, which has been completely renovated and upgraded to host the premier track and field event of the continent. A brand new synthetic track, complete with floodlights and a warm-up facility has been setup to the stadium.
“Preparations for the 22nd edition of the championship are in the final stage. Bhubaneshwar has emerged as a sought-after destination for international sports competitions, as it will also host the Hockey World League Final in December 2017 and the prestigious men’s Hockey World Cup in December 2018,” said Naveen.
Nearly 1,000 athletes from 45 countries will take part in this largest-ever sports event in the state capital. “The vehicle carrying Olly, the official mascot of the championship, will tour all 30 districts of the state and return to the sporting venue four days ahead of the event,” Chief Secretary Aditya Padhi said.
Among others, sports minister Chandra Sarathi Behera, tourism minister Ashok Chandra Panda, MP Prasanna Patasani, MLA Bijay Mohanty and sports secretary Vishal Kumar Dev were present.