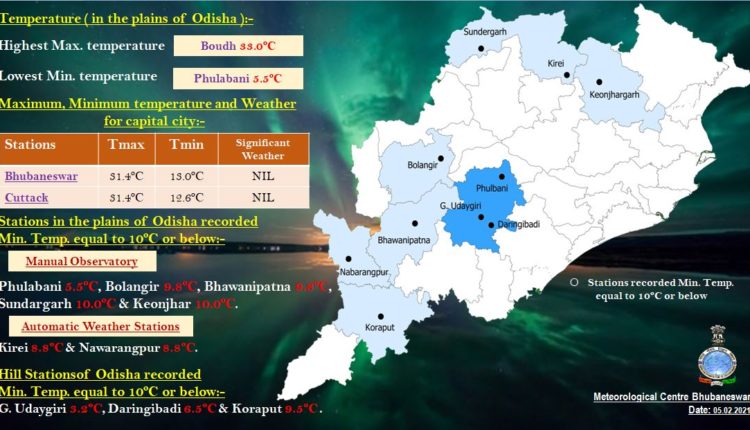 The twin cities of Bhubaneswar and Cuttack recorded a minimum temperature of 13 and 12.6 degree Celsus respectively.

Dry weather will prevail in the state over the next 24 hours with shallow to moderate fog at one or two places in Keonjhar, Mayurbhanj, Balasore, Bhadrak, Kendrapada, Jagatsinghpur, Cuttack, Khurda and Puri, it added.