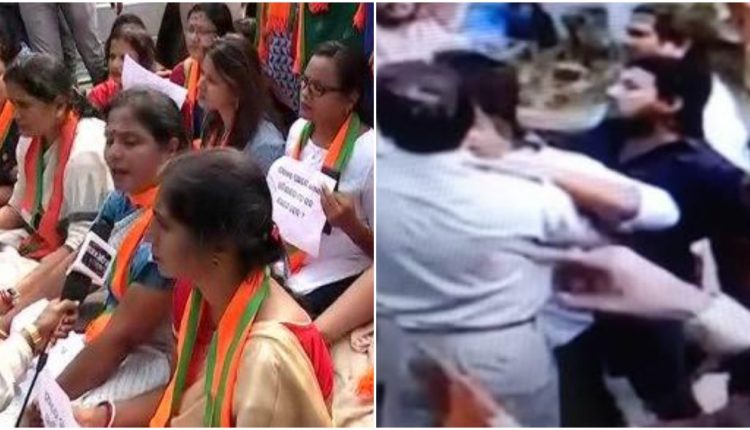 Bhubaneswar: The Odisha capital on Wednesday witnessed massive protests by the BJP and the Congress activities against the gang rape of a minor girl in Puri.

BJP Mahila Morcha, led by president Pravati Parida, took out a rally from the party office to Naveen Niwas. The Morcha activists were stopped at the Airport Square, leading to a scuffle with the police.

Police later took several activists into custody. Protesting against the detention, the Morcha activists against staged a dharna on the road.

In another incident, the Students’ Congress activists hurled tomatoes at the official residence of the minister of state for Home, Dibya Shankar Mishra. Police later detained 15 activists.

“We demand the resignation of Mishra and will not allow his entry to Bhubaneswar. If he does not step down voluntarily, we will hurl eggs at the Chief Minister in the coming days,” the Students’ Congress activists said.