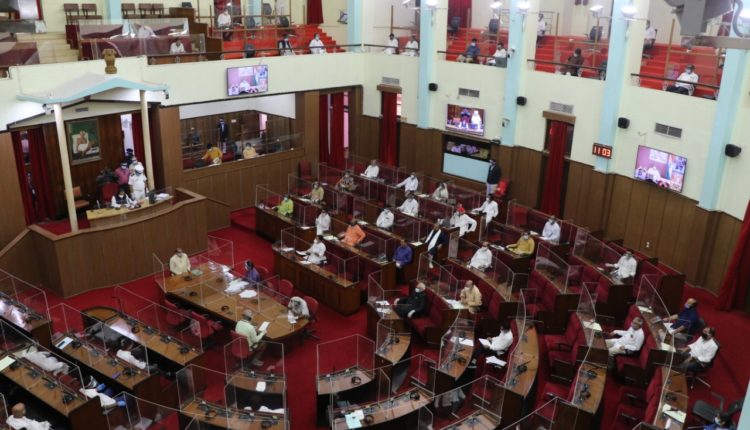 Bhubaneswar: The Congress members on Saturday stalled the proceedings of the Assembly on fourth day of the monsoon session creating a ruckus over the Hathras gang-rape in Uttar Pradesh.

As soon as the House proceedings began, the Congress MLAs started raising slogans against Prime Minister Narendra Modi and Uttar Pradesh Chief Minister Yogi Adiyanath protesting the incident. They also rushed to the well of the House and demanded resignation of the UP chief minister.

The opposition party MLAs also condemned the UP police’s manhandling of Rahul Gandhi and Priyanka Gandhi Vadra while they were on their way to Hathras to meet the family of the gang-rape victim. Congress Legislature Party leader Narasingha Mishra termed the ‘high-handedness’ of the UP police as unfortunate.

Following the ruckus, Speaker Surjya Narayan Patro adjourned the House thrice till 3 PM and also called for an all-party meeting.