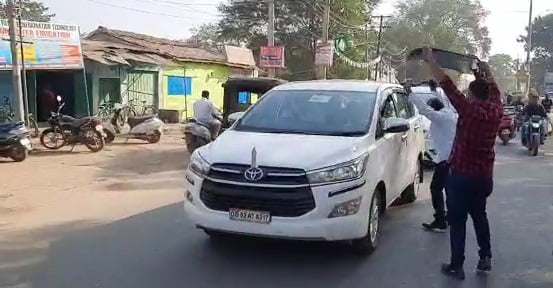 Several ministers and MLAs have already reached the district for the event and are looking after the arrangements.

As per reports, the vehicles of ministers Susanta Singh, Dibya Shankar Mishra and Tukuni Sahu, and MLA Pranab Prakash Das were passing through Nakatiguda Chhak here when the Youth Congress workers waved black flags at them.

The district unit of Congress is opposing the slated visit of the Chief Minister by terming it as a move for political gain. Congress has alleged lack of development of the region.