Congress Candidate For Pipili Bypoll Had Lost His Deposit In 2019! 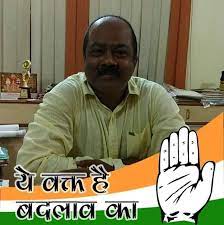 Bhubaneswar: After BJP and BJD, the Congress on Sunday finalised its candidate for the bypoll to Pipili assembly constituency.

Ajit Mangaraj, who had lost his deposit in the 2019 assembly elections from Pipili, has been fielded by the party again.

According to reports, the Odisha Pradesh Congress Committee had recommended three names for the assembly seat to the party’s Central leadership.

With its choice of candidate, it seems Congress wants the Pipili to be a straight contest between BJD and BJP, political experts observed.

Rudra Pratap Maharathy of BJD and Ashrit Pattnayak of the BJP are also in the fray.

The bypoll to Pipili Assembly seat was necessitated following the demise of former BJD leader and MLA Pradeep Maharathy in October last year.

The by-election is scheduled for April 17.