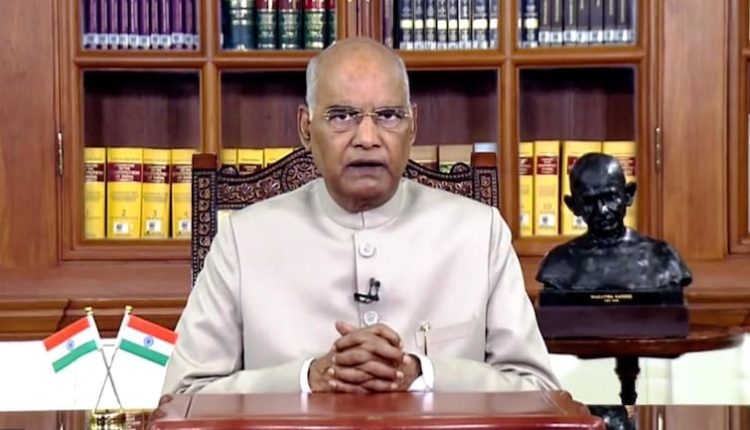 New Delhi: President Ram Nath Kovind gave his approval to the Government of the National Capital Territory of Delhi (GNCTD) (Amendment) Bill 2021, which was passed last week by the Parliament.

The onus is now on the Union Home Ministry to determine when it comes into effect.

The development came just as Delhi Chief Minister and Aam Aadmi Party (AAP) convener Arvind Kejriwal welcomed support from the chief ministers of other states against the new law, which provides more power to the Lt. Governor.

Vijayan had earlier extended his support to the AAP. “Govt of NCT of Delhi (Amd) Bill is an affront to our federal principles and rights of States. Restriction of constitutional authority of democratically elected State Govts and violation of Supreme Court’s verdicts, should be resisted. @BJP4India has colonial a mindset.”

The bill, cleared by Parliament on Wednesday in a major setback to Capital’s ruling AAP, ensures more constitutional powers to the Central government-appointed Lt. Governor as against the Delhi Assembly, reported news agency IANS.

According to the bill, it is mandatory for the elected Delhi government to seek LG’s opinion before any executive action. However, the AAP has been protesting the Bill claiming that it would stall Delhi’s progress by giving undue powers to the Lieutenant Governor.

Protect Your Skin And Play Holi To The Hilt, Here’s How

Congress Candidate For Pipili Bypoll Had Lost His Deposit In 2019!