New Delhi: Murky and shocking details are tumbling out with regard to the arrest of conman Sukesh Chandrashekhar who is facing prosecution in multiple cases including a Rs 200 crore money laundering case.

Notably, the Enforcement Directorate (ED) has questioned actresses Jacqueline Fernandez and Nora Fatehi for accepting expensive gifts from him.

Now, it has been revealed that Sukesh paid a bribe of Rs 1 crore every month to Tihar Jail officials for unrestricted access to luxury amenities and freedom to have female guests over, News18 quoted ED sources as saying.

Sources added that apart from Jacqueline and Nora, the conman also received visits from other supermodels and Bollywood actresses in jail.

“Sukesh used to give Rs 1 crore every month to jail officials to keep unlimited access to various facilities. Apart from Jacqueline Fernandes and Nora Fatehi, at least 10 more Bollywood actresses visited Sukesh Chandrasekhar in Tihar Jail,” the source was quoted as saying in the report.

Why is Sukesh in Tihar Jail?

The couple is in Delhi Police custody and lodged in jail following a complaint by the spouses of jailed Ranbaxy promoters Shivinder Singh and Malvinder Singh.

What happened in jail?

Sukesh Chandrasekhar ran an extortion racket out of a “plush office” in Tihar Jail and sometimes used the “office” of jailed Unitech Group owner Sanjay Chandra, whom the conman allegedly got close to. Sanjay Chandra and his brother Ajay Chandra were later shifted to jails in Mumbai on the orders of the Supreme Court after two ED reports highlighted “the connivance of Tihar Jail staff in flouting orders,” sources in the Enforcement Directorate told News18.

Sources added that Chandrasekhar’s wife Leena Maria Paul had “open access” to her husband’s “office” and used to visit him regularly without any entry being recorded in the register. Leena Paul said in her statement that the “office” had television, fridge, sofa and mineral water bottles. The conman also allegedly threw “chicken parties” in jail to which women were invited. Sources further alleged that supermodels and actresses visited the conman in jail, the report added.

According to the report, Sukesh Chandrasekhar has written to Tihar Jail authorities complaining of harassment resulting in mental trauma. In the letter, accessed by News18, Chandrasekhar said he is suffering claustrophobia because of being kept under “double lock”.

He sought access to television set and said his wife was being allowed to meet him only once every two weeks, instead of once every week as specified in the jail manual. The letter added that other inmates had been warned against speaking to him, leading him to be “mentally disturbed”. 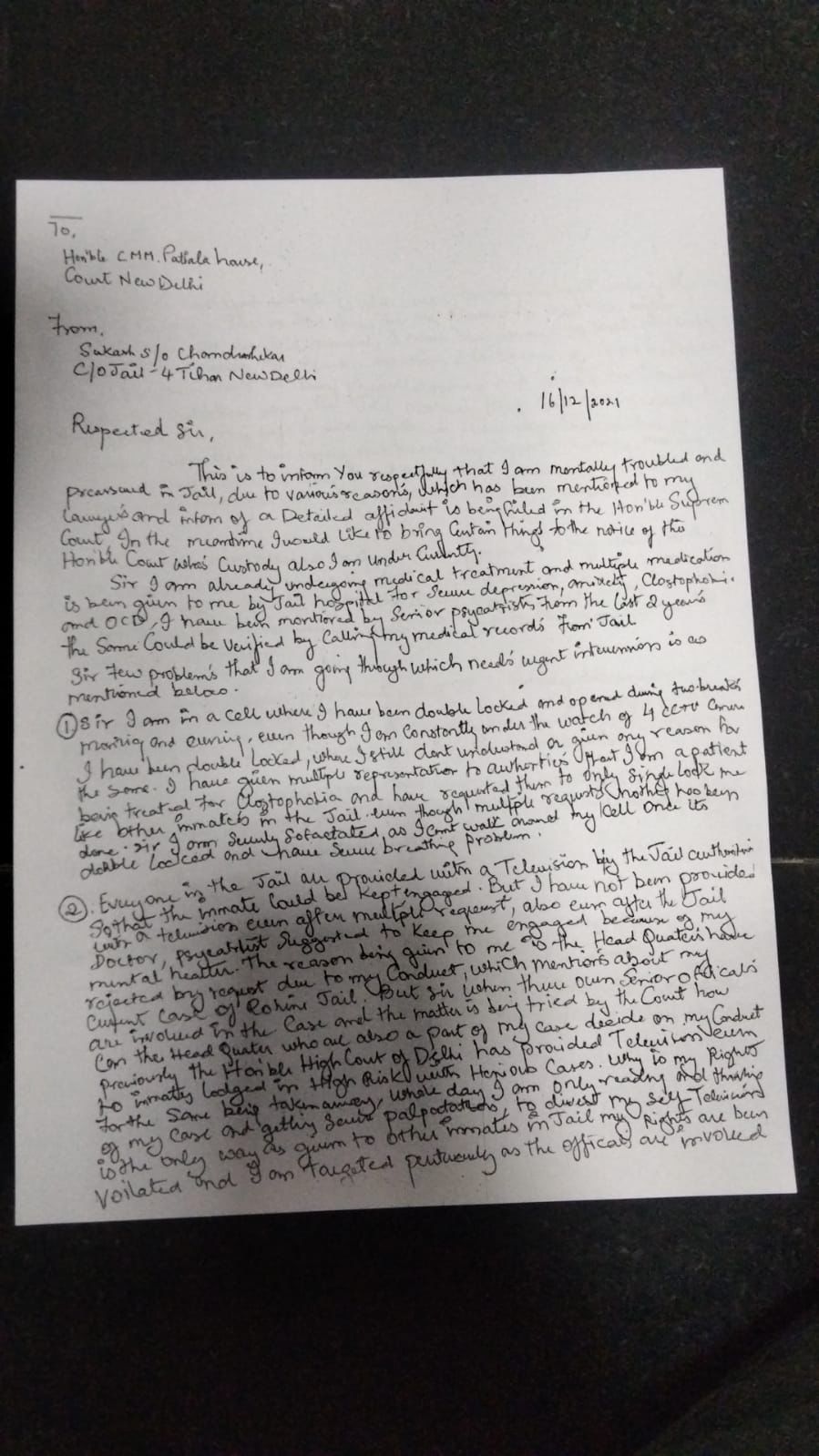 “I am mentally tortured and being bullied in the jail. I am soon going to file an affidavit in this respect before the Supreme Court. I am already undergoing medical treatment at jail hospital and I am disturbed. I have been double locked and the authority is keeping a watch on me through four CCTV cameras. I don’t understand why,” reads the letter.

Night Temp To Remain 3-4°C Below Normal In Odisha; Bhubaneswar To Feel The Chill At 11°C