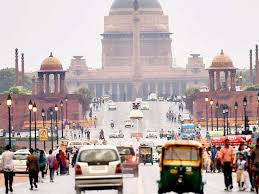 New Delhi: The central government has decided to demolish 400 old flats and construct new ones in their place in Lutyens’ Delhi for Members of Parliament using construction waste, according to a report.

The flats, which will come up on North Avenue and South Avenue on either side of Rashtrapati Bhavan, will replace the old ones built nearly 60 years ago, Central Public Works Department (CPWD) officials said.

“All old MP flats, which were built on North and South Avenues after Independence, will be demolished,” CPWD Director General Prabhakar Singh told news agency PTI. “We will use construction and demolition waste in building the new flats for MPs,” he added.

NEET Counselling To Begin From June 19; 4500 New Seats Up For Grabs

MPs Asked To Get COVID Tests Done 72 Hours Before Monsoon…