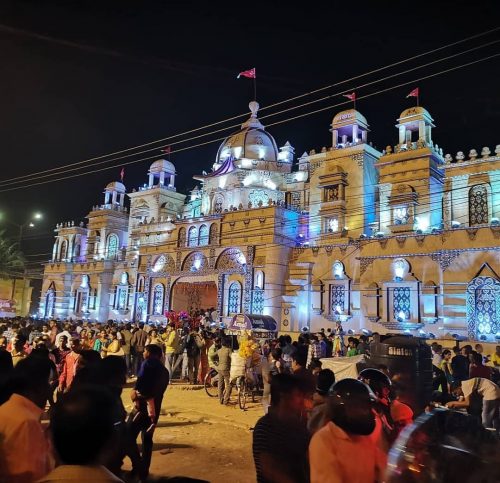 Cuttack: In order to keep a tab on anti-social elements and prevent any untoward incident during Dussehra festival in Odisha’s Cuttack city, the Commissionerate Police has opened a modern control room in the office of Deputy Commissioner of Police (DCP).

DCP Pinak Mishra inaugurated the control room where footage from around 200 CCTV cameras installed at various places of the city would be monitored. Trained personnel have been deputed in the control room to monitor the footage round-the-clock.

The DCP said the CCTVs installed by puja committees and traders’ associations will also be linked to the control room to ensure a peaceful and incident-free celebration of Durga Puja.

In order to step up surveillance through digital mode during the festival, the Commissionerate Police has already installed 201 CCTV cameras at strategic places across the city. It plans to install 100 more CCTVs within a week, according to sources.

Senior officials of the Commissionerate Police were present during the inauguration of the control room.

Hydrogen Powered Train To Be Ready By 2023, Says Railway Minister