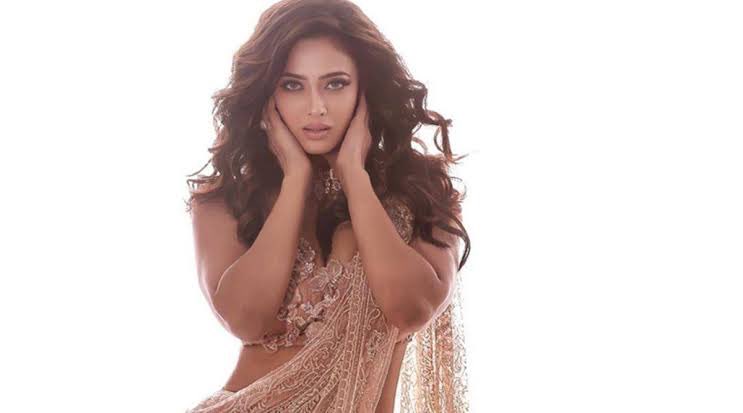 Mumbai: Actress Shweta Tiwari, who was in the eye of a storm for making an objectionable comment at an event in Bhopal, on Friday sought to clear the air by saying that it was taken out of context.

The popular TV artiste apologized for her ‘God’ remark, which led to widespread protests. A case was even registered under Section 295(A) of IPC at Bhopal’s Shyamla Hills police station after Madhya Pradesh Home minister Narottam Mishra directed the city’s police commissioner to submit a report on the matter. There were calls for her to be arrested for hurting religious sentiments.

Shweta, who was promoting an upcoming web series ‘Show Stopper’ was heard saying “Mere bra ki size bhagwan le rahe hai (God is taking the measurements for my bra)” in the video clip which went viral.

“It has come to my notice that a certain statement of mine referring to a colleague’s previous role has been taken out of context and has been misconstrued,” Shweta said in a statement.

She added that her reference of ‘Bhagwan’ (God) was to her co-star Sourabh Raaj Jain, who played the role of Lord Krishna on TV earlier and will be seen as a ‘bra fitter’ in the upcoming show.

“When put in context, one will understand that the statement in reference to ‘Bhagwan’ was in context with Sourabh Raj Jain’s popular role of a deity. People associate character names to actors and hence, I used that as an example during my conversation with media,” added Shweta, who also features in ‘Show Stopper’.

“However, it has been completely misconstrued which is saddening to see. As someone who has been a staunch believer of ‘Bhagwan’ myself, there is no way that I would intentionally or unintentionally say or do any such thing that would hurt sentiments by and large. I have, however, come to understand that when taken out of context, it has unintentionally hurt feelings of people.”

She went on on to apologise for the hurt her statement may have caused.

“Please be assured that it has never been my intention to hurt anyone, with my words or actions. Hence, I would like to humbly apologise for the hurt that my the statement has unintentionally caused to a lot of people,” the statement concluded.

Sattvik Council of India To Launch Operation In Odisha Soon