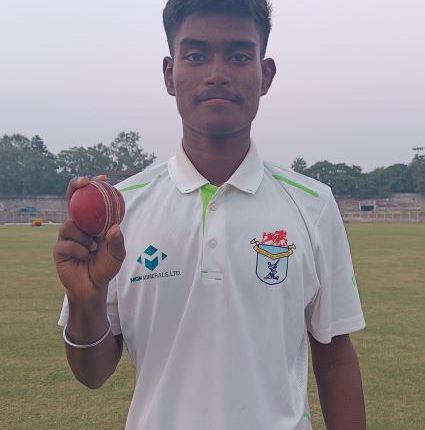 Chasing a victory target of 276, Bihar were 39/1 in their second innings at stumps on Day 3.

Odisha thus need 9 wickets while the home team will have to score 238 runs on the final day to get their campaign off to a winning start.

Shreyansh Bharadwaj starred with the bat for Odisha in the first innings with a fine 95 and also contributed a useful 33 the second time around.

Skipper Saideep Mohapatra top-scored with 72 in the second innings.

But it was Ashutosh Marndy’s brilliant bowling which helped Odisha gain a handy first-innings lead of 74 runs. The new ball operator bagged 6/47 in 14.5 overs.

The standout performer for Bihar has been Anup Kumar, who dismissed 5 Odisha batters in the first innings and 6 in the second for an impressive match haul of 11 for 100.