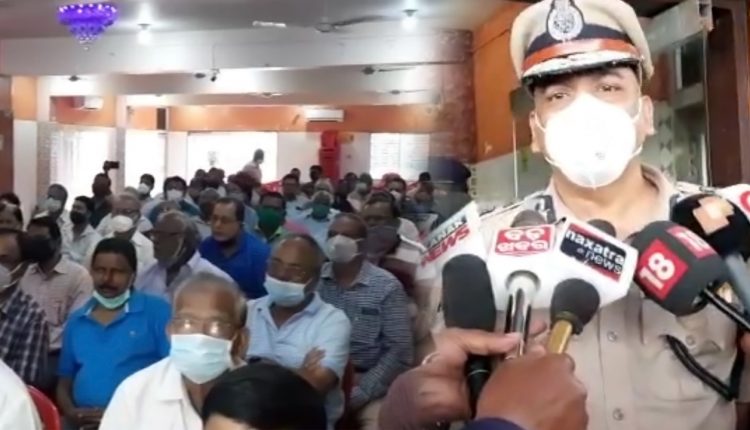 Cuttack: As part of the National Cyber Safety Month, the Cyber cell of Cuttack Urban Police on Tuesday launched an awareness drive against Cyber crimes at Markat Nagar for the vulnerable sections of the society — Senior citizens.

Twin City Police Commissioner Soumendra Priyadarshi who attended the awareness event underscored the need for safety and protection of the individual and finances in the later part of life for which the senior citizens must understand the modus operandi of Cyber frauds.

Deputy Commissioner of Police Prateek Singh called upon the senior citizens to protect personal property from fraudsters. Experts of the Cyber Cell gave a graphic  presentation on cyber crimes. They explained in meticulous detail the need for regulating such crimes which are on the rise in modern society.

The most vulnerable sections in cyber crimes are the senior citizens due to lack of awareness and technology, said Zone III assistant commissioner of police Tapas Pradhan.

All officials of Markatnagar station participated in the interactive awareness programme.

Another Fraudster Arrested For Siphoning Off Rs 5 Cr Govt Funds