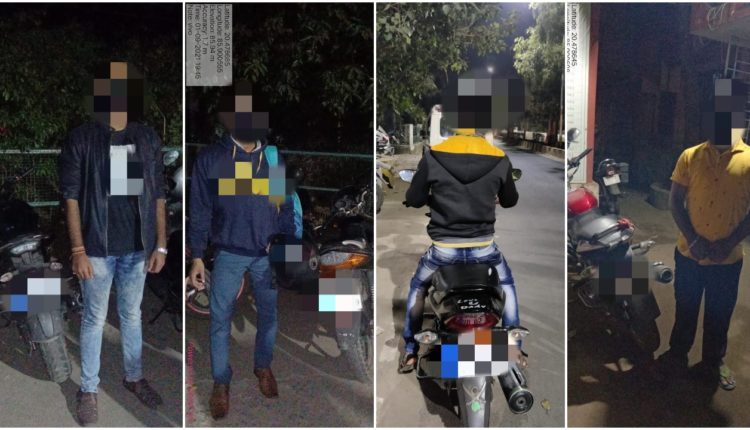 Cuttack: The Commissionerate Police has launched a massive drive against rowdy and unruly bikers in the city.

As part of the drive, police have imposed a total fine of Rs 17,500 on violators, suspended 99 driving licences and seized 26 two-wheelers in the past 24 hours, the Cuttack DCP informed on Sunday.

“Cuttack Commissionerate Police has started a special and massive drive against rowdy/unruly bikers, who are indulging in rash, negligent and dangerous driving on public roads in the city and creating irritation and threat to the safety and security of general public,” the DCP tweeted.

“All police stations have been instructed to keep watch on them and take strong action. ACP Traffic is monitoring and supervising the entire operation as nodal officer. The bikes of rowdy/unruly bikers are being seized and their DL will subsequently be suspended with fine within the provisions of the MV Rules,” he added.