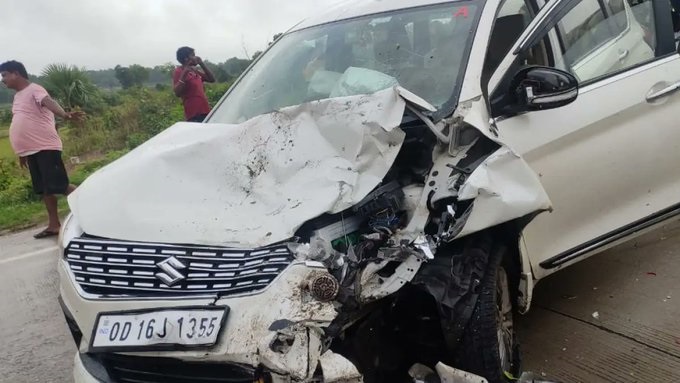 Sonepur: The driver of the SUV, which ploughed into an autorickshaw in Odisha’s Sonepur district on July 12, killing three persons and injuring five others, did not have a valid driving licence, Sonepur SP Amaresh Kumar Panda informed on Thursday.

Panda said that a case has been registered against the driver, Ajay Jethi, who has been arrested, under the Motor Vehicles (MV) Act.

The SUV, a Maruti Ertiga bearing registration number OD 16J 1355, belonged to Police Inspector Snigdharani Suna, who is posted in Sundargarh district. She was travelling as a passenger when the accident took place.

Both Snigdharani and Jethi fled the spot after the accident. Both were, however, arrested from Balangir the same day. Snigdharani was on her way to Balangir after finishing Ratha Jatra duty in Puri.

The SUV was moving on the wrong side of the Balangir-Sonepur NH-57 when it rammed into the autorickshaw near Badabahali Chhak. The SUV also hit a motorcycle.

The autorickshaw, ferrying vegetable-vendors, was going to Sonepur from Balangir. The traders had stopped at Badabahali Chhak and were talking to a biker when the SUV ploughed into them, killing three traders.