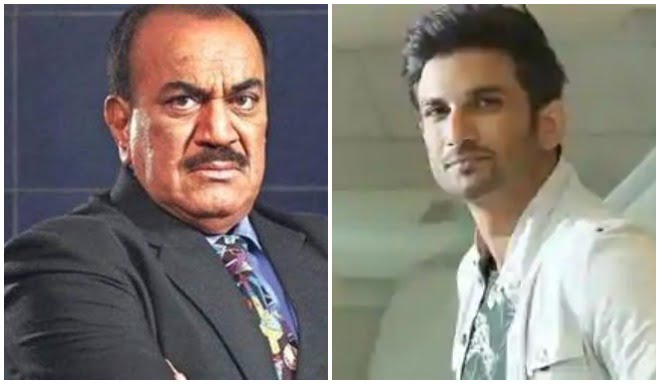 It’s puzzling that the whodunnit genre has not really taken off in India. We love peeling off riddles wrapped around enigmas to discover the truth, don’t we? We love to dig deep into cues to expose the real faces behind masks. The matter of actor Sushant Singh Rajput is a case in point. New cues, angles, and twists popped up every day, thanks to resourceful journalists. As the suspense intensified, the nation stayed hooked for months.

That the television serial CID had a two-decade-long run is good proof that detective stories fascinate us. It’s a bit odd though that the things we remember about the serial had little to do with the investigation. Daya breaking doors and ACP Pradyuman’s profound line ‘kuchh to gadbad hai’ don’t quite qualify as grey matter essential for unraveling a murder mystery. Somewhere it failed to educate the audience on the basics of the process of investigation and the role of common sense in it. The lack of education amply reflected in the television debates as excitable anchors and their copycats played Pradyuman and his team with seriousness.

Resolving a murder mystery involves the process of elimination. Usually, there are several suspects and the investigator seeks to rule out one after the other on the basis of motive and circumstantial evidence before zeroing on the culprit. The wannabe Pradyumans, in Sushant Singh’s case, in their brightness put the cart before the horse. They decided Rhea Chakraborty was guilty and then set about gathering evidence to nail her. The possibility of the involvement of others, if at all, was off the table from the beginning. Pradyuman, if he exists, would find the standard of an investigation conducted on television pathetic even by his own unedifying benchmark. If possible, he should apologize to the nation for not making a genre people love so much more intelligent.

Meanwhile, Sushant can heave a sigh of relief. The actor, says the report of the AIIMS forensic team, was not murdered, he committed suicide by hanging. One can sense the disappointment and disbelief in the air over the news. After all the hullabaloo over his death lasting over three pandemic months, the end was anti-climatic to say the least. The biggest whodunnit of a non-happening year perhaps deserved a better conclusion. One’s not sure what it could have been.

Journalists who peddled the murder theory with messianic zeal and through toxic insinuations have shifted to the ‘abetment to suicide’ theory with little sign of shame or guilt. In fact, there’s some chest-thumping going on. They have TRPs to gloat about, and of course, the arrest of actor Rhea Chakraborty, the supposed villainess-in-chief. What should count as their biggest achievement, however, is the realization of their capacity to fool people all the time. Float conspiracy theories, amplify them through righteous words and some imagination, throw in some dubious sources, yes-saying experts, and lo! you have the audience in your grip. You can lead a hooked audience anywhere. Journalists have a formula ready. They just need another big story. Stories drive TRPs, not objectivity.

With all these shenanigans playing out, Sushant must have been in a state of disquiet in another world. For whatever reason, he wanted to escape this world without troubling others. Otherwise, he would have left a suicide note with an accusatory tone. Now that AIIMS says death is a choice he made, he can rest in peace.

THE AIIMS REPORT & A CRISIS OF TRUST

There are several voices holding fast to the murder theory even after the unanimous conclusion of the seven-member team of the apex institution to the contrary. For those out of the loop, the services of the team followed an intervention by the Supreme Court. It is understandable that television anchors would try to find a face-saver — panel chief Dr. Sudhir Gupta’s statement even before the AIIMS started the probe is one – after the huge embarrassment, but what about ordinary folks? Some are still convinced that it was murder. It is planted deep in minds by countless retelling and no investigation report, it seems, is going to change that.

Personal convictions are fine but the disturbing question here is if you don’t believe in the AIIMS report following a neutral investigation by top professionals, what do you believe in? If the CBI to finds no evidence of murder, then chances are it would be called unfair as well. Then what?

In their enthusiasm to prove a point, television channels appear to be steadily undermining the sanctity of impartial probes and independent institutions. It’s a dangerous trend.

While the country was obsessed with a murder that wasn’t, the death count from COVID-19 in India continued its steady climb. It’s over one lakh now, a very big number and it should leave us deeply worried. If it’s a distant relative or someone one knows at this point, tragedy may not be too far away from one’s doors. Curiously, it appears to carry no shock value. India is the third country after the US and Brazil to cross that grim milestone, and we don’t know how many more we might have before the virus is conquered. We have a far larger population than these two countries and our healthcare system is much more fragile.

The absence of shock value is evident from the way the country has thrown caution to the wind. Masks cover many faces, not all. And social distancing in particular is followed more as an exception than the rule in most places. With disturbing stories of the second wave of COVID-19 trickling in from elsewhere, we should be worried. We are not through the first wave yet. Gung-ho approach to a disease for which there is no answer is utter foolishness.

With no frills to distract attention, the Indian Premier League is turning out to be a serious affair. These are early days, but we have noticed a few tough contests already. With Delhi Capitals finally delivering up to potential, and the Chennai Super Kings a bit wobbly, the IPL’s pecking order appears set for change. Mumbai Indians are still the team to beat yet the smart composition of every team and the immaculate packing of firepower this year ensures that no one is unbeatable. The pitches, grounds of varying dimensions, and the dew factor lend certain unpredictability to the proceedings. It has been good going so far for the cricketing event.

There’s one grouse though. Chris Gayle is warming the benches. King’s XI Punjab is yet to put into service his big-hitting abilities. The ‘Universe Boss’ certainly deserves better. He not only brings his brand of cricket to the pitch but also a dash of ebullience and color.

Will Wait For Even 5000 Hours: Rahul Gandhi On His Rally Being Stopped By Haryana Govt