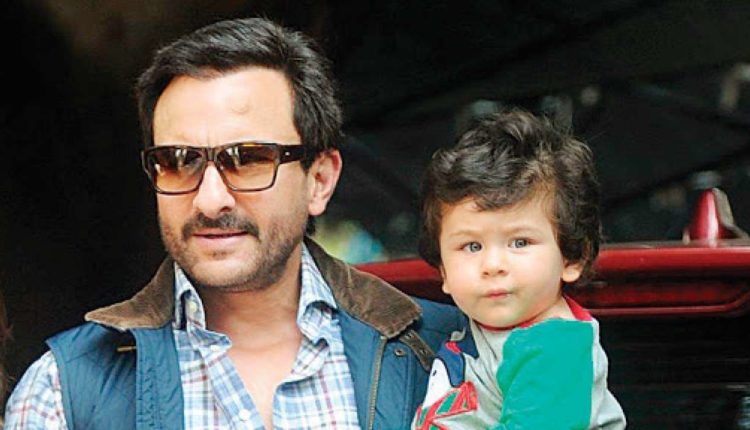 Mumbai: Even as the nepotism debate has shaken the film industry of late, Chotey Nawab Saif Ali Khan recently expressed that he wants his son Taimur to be an actor.

During an interview with Bollywood Hungama, when Saif was told that his two-year-old son Taimur is more popular than him and his wife Kareena, the actor laughed and said, “Well, I hope he keeps it up on the Friday of his first release. I’d like him to be an actor.”

When asked about his elder son Ibrahim’s Bollywood debut, Saif said that he should wait a little more before stepping into the industry.

“Yes, he seems prepared. But I think he should wait a little longer. I know. He’s looking good. And he’s a very gentle soul. He’s secure in his space and has a sense of humour,” said the actor while talking about Ibrahim’s Bollywood debut.

The actor also said that Bollywood is the best place to work in and his children Sara, Ibrahim and Taimur can work as actors if they wish to.

“It is the best place to work in. I remember at 17-18 years of age I was a mess. Acting saved me from self-destruction. Having the job, the sense of identity, it has given me job satisfaction and enjoyment. It has given me more than I could ask for,” said Saif.

Saif will be seen next in the sequel of ‘Bunty Aur Babli’.